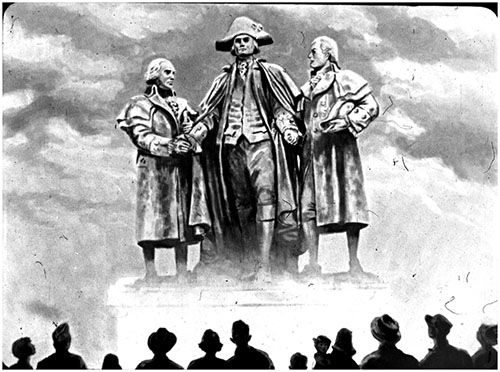 Update: Jonathan D. Sarna’s original essay, to which this piece replies, can be found here.

I am honored that Professor Jonathan Sarna took the time to address my suggested revision to the traditional prayer for the government. In fact, my motivation to amend my community’s traditional recitation of this prayer stems in large part from articles that I read on the subject by Professor Sarna and Rabbi Barry Schwartz, the latter of whom is referenced in Professor Sarna’s comment. I appreciate this opportunity to address this discussion further, and explain the progression of my own thinking on this issue.

As Professor Sarna so deftly explains, there is a precedent for making changes to the particular prayer of Ha-noten Teshu‘ah. This is a crucial point, as the unique history of this prayer does set it apart in this way from so many others. There are clear halakhic guidelines regarding the structure and text of tefilot, and we typically do not make changes to existing prayers. This is especially true of prayers that were instituted by Hazal. However, as Professor Sarna outlines in his discussion of the history of Ha-noten Teshu‘ah, this particular tefila is a more recent one, and in its young existence has already undergone numerous adaptations. In fact, the text of the prayer for the government in the RCA edition of the ArtScroll Siddur is different than the text of the prayer for the government in the Koren Siddur. Due to the precedent of adaptation to this prayer, and after consultation with my own posek, I feel confident that the decision to adapt this prayer in the manner I describe is not problematic from a halakhic perspective. With that said, let me then explain my thinking from a liturgical and current political perspective.

I believe that the prayer for the government, Ha-noten Teshu‘ah, can be seen as having three parts with three distinct functions: Thanks, petition, and praise. First, this prayer is a means of expressing gratitude for the country in which we live. In the United States, Jews and non-Jews alike are provided many freedoms and equal opportunities under the law. It is appropriate give thanks to the government that guarantees these rights, and the Ha-noten Teshu‘ah prayer provides a codified way to do so. Secondly, we petition God to provide our American leaders with the wisdom to act favorably toward the Jewish people, and inspire our leaders to uphold our freedoms. Thirdly, we bless and praise the President, Vice-President, and other officers of the country with lofty language. In one version of the prayer we exclaim, “may He sustain them and protect them; from every trouble, woe, and injury, may He rescue them” and in another version, “bless and protect, guard and help, exalt, magnify and uplift.” The simple reading of this text belies the notion that we are only praying for the welfare of the government in order to prevent anarchy. Rather, it is clear that these lines of the Ha-noten Teshu‘ah prayer were meant to flatter the leading government officials. It is one thing to say, “bless all of the leaders of this country.” It’s another thing to say, “bless and protect, guard and help, exalt, magnify, and uplift.”

With that framework in mind, my consideration of an amendment to my synagogue’s traditional recitation of this prayer did not begin with President Obama’s recent abstention of UN Resolution 2334. In fact, I raised this issue with my community several years ago. I suggested then that we depart from the “flattering” language of our current prayer, and proposed that we adopt a version I found in an older RCA siddur that simply states, “bless all the leaders of this country and place in their hearts wisdom and understanding to keep the peace of the land and its freedoms.” Nonetheless, I ultimately concluded at that time that my community was not sufficiently on board with the proposal to warrant enacting such a change.

However, when the Obama administration opted not to exercise its veto option on the recent UN Resolution, my feelings on the matter shifted. Suddenly, in the shadows of the UN vote, I found myself uncomfortable with the “flattering” language of this prayer. Now, the decision of whether or not to amend the language became less of a liturgical debate and more of a practical question. I felt so betrayed by the President, as many in the Oceanside community did, that I could not “flatter” the President at this point in time. Prayer is not only a cry to God. Prayer is also a medium for expressing our values. The standing language of Ha-noten Teshu‘ah suddenly felt incongruous with the values of my community.

At the same time, I recognized that some in the community might feel differently. To those individuals who disagreed with me either because they disagreed with the severity of what the Obama administration did or because they felt that it didn’t warrant a change in the prayer, I explained that they should feel free to recite the original version of the prayer. On a communal level however, I continue to believe that a change in the language is warranted.

In his comment on my proposal, Professor Sarna writes:

Simultaneously, then, centuries of Jews have prayed aloud for the welfare of the sovereign upon whom their security depends, and read between the lines a more subversive message, a call for rescue, redemption, and revenge. A famous line in the musical Fiddler on the Roof echoes this tradition (“A blessing for the Tsar? Of course! May God bless and keep the Tsar… far away from us!”), and Rabbi Muskat, perhaps unconsciously, now brings a similar message into his synagogue.

In fact, my intention is just the opposite. Precisely because 2017 America is not Tsarist Russia, am I able to remove the gratuitous, and at times historically subversive, flattery from this prayer. How fortunate we are that in 2017 America we can speak honestly in our prayer, without subversion. We can praise our government with sincerity, truly grateful for the freedoms it provides us. Precisely because there is so much for us to be genuinely thankful for, we need not use this prayer as a tool to flatter leaders lest they change our fate. Furthermore, I do not believe that removing the current language flattering the government officials is tantamount to disrespecting the government. Notably, no such language exists in the prayer for the welfare of the state of Israel. In that prayer, we simply ask God to “send Your light and truth to her leaders, officers, and counselors, and direct them with Your good counsel,” but we don’t ask God to bless them personally.

Whereas the impetus that led me to propose this change this past Shabbat was certainly political, the change itself actually de-politicizes this prayer. I recognize that not reciting the prayer for just one Shabbat could be seen by some as opening up a Pandora’s box. What would happen if President-elect Trump does something while he is President that many people in the community find offensive? Should we vote each week, or even every four years, to decide whether it is appropriate to “flatter” the current president on Shabbat? Prayer is sacred, and even where it is amendable, it should not be reactive to the changing reign or whims of our political leaders. To tie the text of our prayer to the particular leadership or decisions of any administration would be to cheapen its meaning and impact.

As such, it was my disagreement with the current administration’s decision at the UN and my ensuing discomfort with the language of this prayer that highlighted for me the danger of using Ha-noten Teshu‘ah to praise any individual political leader. By amending the prayer so that its focus is solely on asking God to bless the United States and its citizens and to provide our American leaders with the wisdom to act favorably to the Jewish people, we express gratitude for the country in which we live and to our government in general and we remove any future question of reciting it, whether we agree or disagree with a particular government’s policies. Additionally, I opted for this relatively specific amendment rather than reciting a completely different prayer like the one found in an older RCA siddur mentioned above because I believed that my community would be more comfortable keeping to the basic parameters of our traditional text and only making the small changes necessary to reflect the change in our thinking.

Professor Sarna concludes his article stating, “whether Rabbi Muskat’s amended version of Ha-noten Teshu’ah does win widespread favor remains to be seen.” In truth, my interest in reciting this amended version is limited to the community where I serve, the Young Israel of Oceanside. My community is one that strongly appreciates the fact that we live in a country that provides the many freedoms that it does to all of its citizens. At the same time, the “lofty language” of the current version of this prayer at times feels uncomfortably gratuitous in its flattery of the president. As such, the amended language of the prayer allows all of us to express our wholehearted commitment to the country in which we live, notwithstanding the political party to which we belong.