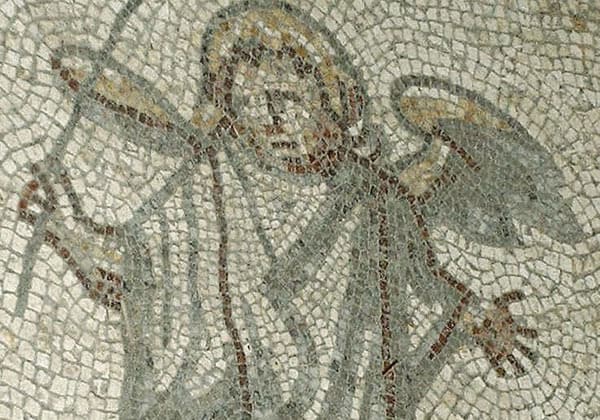 Eli Putterman’s essay, “Gilgamesh and the Rabbis: Knowledge and its Price from Uruk to the Beit Midrash,” makes an important contribution to elucidating the chilling and much studied tale of R. Yohanan and Reish Laqish related in b. Bava Metzia 84a. Putterman concentrates on the first part of the narrative where the beautiful R. Yohanan in order to entice the aggressive and hyper-masculine brigand, Reish Laqish to repent and devote himself to Torah study promises to give him his even more beautiful sister as a wife. As the story relates, once Reish Laqish agreed, his hyper-masculine vigor immediately deserted him. Rashi comments that the idea behind this turn of events is that Torah study weakens a person’s strength and inevitably leads to physical decline. As Putterman notes, on this understanding R. Yohanan’s offer of his sister in marriage to Reish Laqish must be seen as a plot device, contrived in order to explain why the latter abandoned brigandage for a life of study.

Putterman, correctly in my view, suggests that R. Yohanan’s offer plays a much more critical role in the story than hitherto assumed; I cannot, however, agree with his further suggestion that we should “view the motif of sexuality in the story as continuous with, rather than opposed to, the attainment of knowledge and the concomitant loss of physical strength.” In support of his view he cites three classic texts: The Epic of Gilgamesh; the sin of Adam and Eve and their expulsion from the Garden of Eden; and Lucretius’ On the Nature of Things. I will set the Garden of Eden story to the side on account of its ambiguity and elusiveness, and focus on Putterman’s use of the other two texts.

Regarding the Epic of Gilgamesh, Putterman writes:

The parallel between the story of Enkidu at the start of the Epic of Gilgamesh and the Talmudic story, despite the vast distance in time and cultural presuppositions, is quite extensive: the wild man Enkidu, like Reish Laqish, lives outside of society and poses a threat to civilized humans, in this case due to his alliance with the animals. Just as Reish Laqish is convinced to give up his robbing ways and join the community of Torah scholars through his sexual appetite (first for R. Yohanan, then for his sister), Enkidu is civilized by means of sexual experience: once Enkidu has intercourse with the harlot, his intellectual powers increase and he accepts the harlot’s advice to leave for the city Uruk, i.e., join human society. And just as Enkidu’s intellectual development engenders a loss of his affinity for animals and preternatural strength, so too does Reish Laqish’s mere agreement to study Torah deplete his physical powers.

We moderns tend to hold a Freudian-influenced view of eros as a nigh-uncontrollable boundary-shattering instinct which must be repressed for civilization to function, but the Mesopotamian composers of the Gilgamesh epic clearly saw it quite differently, as a civilizing force. While we regard the sex drive as an animal instinct, in the Gilgamesh epic it serves to sever Enkidu’s connection to the animals. Sex, along with civilization, is actually contrasted with the “state of nature.” If so, perhaps the same is true for the story of R. Yohanan and Reish Laqish—the eroticism of the river encounter is not a sign of the brigand Reish Laqish’s depravity, but the very catalyst in Reish Laqish’s transformation.

The parallels that Putterman draws between the story of Enkidu at the start of the Epic of Gilgamesh and the Talmudic story are problematic. As Putterman notes, Enkidu is a natural man, living entirely outside human society. “Innocent of mankind; he knew nothing of the cultivated land. Enkidu ate grass in the hills with the gazelle and lurked with wild beasts at the water-holes; he had joy of the water with the herds of wild game.” Living entirely outside human society, Enkidu, in being “innocent of mankind,” was also innocent of sexuality. It was only the overpowering sexual encounter with the harlot, who, not so incidentally, had to seduce him, that provided him with his first introduction to the human world and thereby alienated him from the animal one. And while Putterman is correct in noting that “Enkidu’s intellectual development engenders a loss of his … preternatural strength,” Enkidu still possesses overwhelming human strength. Thus, both the band of shepherds who instruct him in the ways of men and later Gilgamesh describe him as “the mightiest in the land, strength he possesses/ his strength is as mighty as a rock from the sky/ he is tall in stature, proud as a battlement.” Moreover, as the rest of the epic clearly indicates, Enkidu has lost none of his physical aggressiveness.

Contrast this to Reish Laqish. Reish Laqish was a brigand—indeed, as the Talmudic narrative later makes clear, the head of a band of brigands. His brigand band was certainly a lawless human society, but it was no less a human society for that. And, unlike Enkidu, Reish Laqish, far from being innocent of sexuality, precisely as the head brigand had no doubt had sexual relations with many women, whether they were willing partners or not. Indeed, there is no reason to believe that his attempted rape of R. Yohanan, whom he saw bathing in the river and believed to be a beautiful woman, was the first of such attempts—the previous ones having been successful—and it would not have been the last, had he not been stopped short by R. Yohanan’s being a male, and, above all, by R. Yohanan’s offer to him of his beautiful sister.

Thus, it is his sexual desire that serves as the very catalyst of his transformation, but in the sense that in order to gain sexual access to R. Yohanan’s sister, who after all is a respectable woman from a respectable family, Reish Laqish must himself become respectable, abandon his previous lawless career and devote his energies to mastering a respectable profession, in this case Torah study, as well as abandon his previous sexual lawlessness and marry the object of his sexual desire. Contrary to Putterman’s “counter-intuitive” suggestion then, it was not his sexuality, per se, that civilized Reish Laqish, but rather, it was his channeling his sexuality into a profession and above all into marriage and family that civilized and very literally domesticated him. (Note that as the end of the Talmudic narrative makes clear, Reish Laqish not only married R. Yohanan’s sister, but they had children together.) Reish Laqish, then, is no different from the young, lawless, physically and sexually aggressive male, whom we encounter in so many novels and movies, who upon suddenly falling in love with a “good girl” starts thinking of “settling down,” getting a good steady job, and, above all, of marriage and family.

Turning to Lucretius’ first-century BCE naturalistic, Epicurean, Latin poem De Rerum Natura (On the Nature of Things), I would suggest that the passage Putterman cites from it supports my analysis as opposed to his.

Next they [the first humans] provided themselves with huts and skins and fire, and woman, united to man, went to live in one [one or more lines are missing] were learned, and they saw the birth of their own offspring. It was then that human beings first began to lose their toughness: the use of fire rendered their shivering bodies less able to endure the cold beneath the pavilion of the sky; Venus sapped their strength; and the children with their charming ways easily broke down the stern disposition of their parents. It was then, too, that neighbors, in their eagerness neither to harm nor be harmed, began to form mutual pacts of friendship (De Rerum Natura V, 1011-1020, trans. Martin Ferguson Smith).

Putterman’s claim that in this passage “De Rerum Natura locates the origin of civilization in sexuality” strikes me as an oversimplification. Rather sexuality here is part of a complex process whereby men become civilized, and the sexuality referred to here is not the sexual activity of the “child of nature, the savage man” Enkidu copulating with the prostitute for “six days and seven nights” by a water-hole, but that of a man uniting with a woman, after they have provided skins, huts, and fire for themselves—“Let a man first learn a trade and then let him get married”—and having children with her. While Lucretius does seem to include here the medical motif of sexual activity depleting the male’s strength—and it is not even clear that he is referring here only to the male being depleted—his major theme refers to marriage and family as an integral element in the process of human beings becoming civilized.

Putterman’s emphasis on sexuality, per se, leads him into a cul-de-sac in his attempt to explain the enfeeblement of Reish Laqish. Returning to the Talmudic narrative itself after his literary excursions, he writes:

One might even be led to suppose that R. Yohanan’s offer of his prettier sister refers not to a biological sister, but to the Torah itself—after all, Proverbs 7:4, “Say to wisdom, ‘You are my sister,’” is interpreted in multiple places in rabbinic literature as referring to the Torah … Unfortunately, the third act of the story makes clear that Reish Laqish did marry R. Yohanan’s actual sister, which puts to rest that flight of interpretive fancy. But the fact remains that this is a legitimate understanding on the reader’s part when she first encounters the story.

With all respect, this suggestion does not add up. It is one thing to say that a person who has already studied Torah experiences its study as a passionate erotic act, experiences the beauty of Torah. But how could R. Yohanan expect Reish Laqish, the unlearned brigand who had never opened up a Humash in his life (note that the first thing R. Yohanan teaches Reish Laqish is Mikra) to appreciate the beauty of Torah and fall in love with it on R. Yohanan’s say so? What R. Yohanan could and does expect Reish Laqish to accept on his say so is that if he, R. Yohanan, who is a man, is the most beautiful person that Reish Laqish has ever met, then certainly his sister, who is a woman, must be an absolute knockout, a ravishing beauty

But Putterman’s fundamental intuition is correct. It isn’t just Reish Laqish’s commitment to Torah study that weakens him; he is enfeebled by his commitment to Torah study in conjunction with commitment to marriage and family, both coming under the general rubric of commitment to the respectable life. And here we return to our young, lawless, physically and sexually aggressive male. The very moment when he, as a result of his love/sexual desire for the “good girl,” just starts thinking of “settling down,” getting a good steady job, and, above all, of marriage and family, he is already a different person, even if he has not acted upon any of it yet. He cannot go home again, he cannot clamber out of the river.