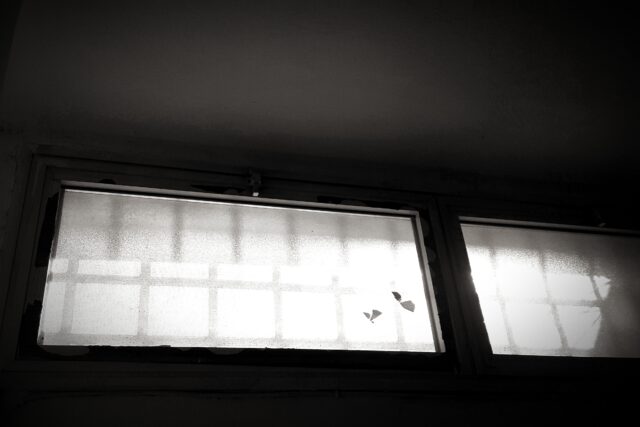 I wrote “Kivnei Maron” in the arc of the Aseret Yemei Teshuvah (Ten Days of Repentance). I was in quarantine over much of this period, having just returned to Jerusalem from a family emergency in America. The urgencies and exigencies of this trip, and the strange period of isolation that followed, figured more overtly in earlier drafts. In the final poem, they remain part of the deep backdrop.

Far more explicit are various public emergencies of the time. The desperation of asylum-seekers trying to get into Hamid Karzai Airport or across bridges over the Rio Grande are refracted through, and themselves refract, the phrase kivnei maron, our selection for life or death, whether as soldiers or sheep, by God-as-Judge.

Rosh Ha-Shanah sets the tenor of the poems—the title phrase and central conceit, of course, but also the idea of God’s coronation (here imagined, as perhaps is inevitable in the English-speaking world, through certain grainy black-and-white film clips from Westminster Abbey). To my eye and ear, the heavy, twelve-syllable lines, the loose terza rima, and the fourteen-line sections all have, too, a touch of the regal. Within and against these processional received forms is the voice of the speaker, quick and nervous, with its syncopes and colloquialisms, its qualifications and reversals—the voice of a speaker, in short, who is unsure of his own place in the ceremony, whether as participant or spectator.

For all the immediacy of the poem, however, I find that it has an unmistakably retrospective cast. When writing the poem, and when rereading it now, I cannot help but look back to the personal, family, and public emergencies-in-slow-motion of the previous months. The speaker, too, looks back over much of the poem from the coronation ceremony to the tender heartbreak of Elul. In the closing section, and particularly in the final line, the speaker, and we as readers, find ourselves in the aftermath of the coronation, the ordinary day-in day-out of small apartments, the long passage through the dark of the year that we all, separately and together, are traveling now.

The insistent question, the petulant question,
The question that, frankly speaking, gets under your skin
Just a little bit, the statement phrased as a question

With a little upglide pigtailed at the end,
The questions others ask or don’t ask but assume
An answer, somehow they know more about me than

I know myself, and really, what do I know,
The urgent question, the question I return to
Always, not expecting an answer but somehow

Hoping for one, the question demanding yes or no,
And the multitude of answers, all contingent,
Crowding on a puente internacional

Or at an airport, its gates, their open-and-shut,
We are there and not there, shut in, kept out.

From one day to the next, sometimes, or one moment
To the next, I find myself, suddenly, strangely
Unresponsive to the most elementary

Stimuli, looking, I see your hands on me
Without feeling anything, as if they were touching
Or holding another body, not my own, a body

Like mine, but whiter, a complete scarification
Has also left it cold to the touch, I know this
In the same way that I know the hovering

Of a soul above a deathbed, interested,
Perhaps a little regretful, or disoriented,
Maybe momentarily catching its breath,

You are patient, but patience does not last forever,
Soon I’ll feel your fists, demanding, Anyone in there?

I just returned from your coronation. Every year,
Expecting not to be moved, being moved despite myself.
You almost disappeared, again, under all that glitter,

And patience, in other seasons and hours, no less
Strange, really, than the rigors of the processional,
Your face hard, your eyes fixed in the far distance,

And your hands? I could see them nowhere
And felt them everywhere, which is perhaps why I wept
With such complete abandon, together

With the throngs assembled under the high transept,
And later, here, in my small apartment, joyful, bereft.