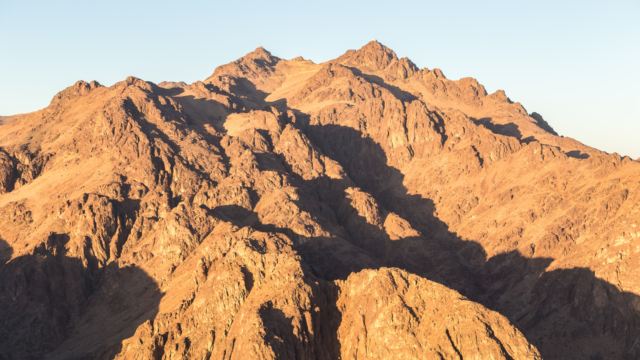 The spiritual high of the revelation at Mount Sinai is a core component of the traditional understanding of Shavuot. Fire, smoke, and shofar blasts set the stage for the rousing chorus of na’aseh ve-nishma, “we will do and we will listen,” issued by a people willing to commit to observance immediately.

The Tosefta (Bava Kama 7:3), however, tells a very different story of the revelation at Sinai. In the course of a discussion of geneivat da’at, literally theft of consciousness, the Tosefta makes the following assertion:

In this telling, na’aseh ve-nishma is not a full-throated acceptance but an act of deception. Geneivat Da’at refers to using words or signals to construct a false reality for others or oneself. When the nation of Israel said they would do and accept all of Torah, they were trying to fool God into thinking that they meant it. Perhaps even more incredibly, the Tosefta says that the worst form of geneivat da’at is allowing one’s own da’at to be stolen; and that it might seem, at least for a moment, that this is what God did. God knew what was in their hearts, but the choice to look the other way, as it were, makes God complicit in this sleight of hand.[1]

Of course, na’aseh ve-nishma is hardly the happy ending to the story of receiving the Torah. Whether the people were impulsive and excited, terrified, or just putting up a front, the high didn’t last very long. Just a short time later, the lofty goals are shattered, together with the first Tablets, following the sin of the Golden Calf. God may have tried to look the other way, but God knew that the people had not made a considered decision and were not actually going to obey in the future.

The Tosefta further asserts that while there are seven kinds of theft, geneivat da’at is the most severe of all. Why? The Tosefta does not suggest a reason, but it may be that it is precisely a person’s da’at, consciousness or ability to perceive the world clearly and make choices accordingly, that defines our uniqueness as human beings.

The word da’at, indeed, evokes the primal sin in the Garden of Eden. The tree “in the middle of the garden” was the etz ha-da’at, that of knowledge of good and evil (Genesis 2:9).

Nahmanides, commenting on the significance of this fruit, explains:

Now it was the fruit of this tree that gave rise to will and desire, that those who ate it should choose a thing or its opposite, for good or for evil. This is why it was called etz ha-da’at (the tree of knowledge) of good and evil, for da’at in our language is used to express will.

Nahmanides goes on to argue that the rest of human history, beginning with Adam and Havah having children, is made possible only by the introduction of da’at. This is what gives rise to the will to make informed choices about the world.[2]

The sin of eating from the tree is framed, both by the snake and God, as becoming more like the divine. “Now that humankind has become like any of us, knowing good and bad… (Genesis 3:22). While it may not have been inherent to humanity before the sin in the garden, our ability to exercise judgment and choose between good and bad is part of what connects us to the divine. When we exercise our ability to choose, to be discerning, to take in the stimuli of the world around us and do our best to make sense of them, we honor that connection with the divine.

To try to set up a world of false signals and imperfect information is to attempt to rob someone of the ability to exercise her da’at.[3] A “nignav” who allows herself to be stolen from in this way, is complicit in this act, and willing to forfeit this divine feature. In rabbinic literature, being a bar da’at means having the ability to make reasoned decisions; someone with da’at can marry another person, acquire or give property, act as a messenger for someone else, and perform other adult legal functions. When we willingly cede our da’at in favor of self-deception or in the interest of playing along with someone else, we give up a fundamental part of who we are as human beings.

Through the lens of the Tosefta, we can see the dangers of geneivat da’at inherent in the moment of revelation. In the excitement of an encounter with the divine, we may deceive ourselves, or allow ourselves to be deceived, and decide that we can take on the entire Torah all at once. At Sinai, according to the Tosefta, we made a statement that was aspirational but knowingly deceptive, like a New Year’s resolution to go to the gym every day that dissipates as soon as January 2nd rolls around. In our heart of hearts, we know that we will not keep the resolution. At best, we might say that we articulate “reach goals” in the hope that we might get halfway there.

For this reason, Shavuot is preceded by the counting of the Omer, which is a system that by definition forces us to take things one day at a time. As we count up to the Revelation’s re-enactment, we have the time to think about the process, about what is coming, and about the mitzvot to which we want to commit in the coming weeks and months. Each Shavuot, we have a chance to take it step by step as we count the Omer, and to frame goals that challenge us but also feel realistic. In this way, sefirat ha-omer and Shavuot are a corrective to the impulsive declaration of “na’aseh ve-nishma.” In place of an unrealistic commitment we were not prepared to keep, we count towards Shavuot in bite-sized pieces. In place of deception and self-deception, we recommit to the Torah each year from a place of fully informed consent.

1 The continuation of the Tosefta, as well as the parallel version in the midrash (Mekhilta D-Rabbi Yishmael 22:3), interpret other verses to make it clear that God knew that God was being deceived.

2 Commentators debate what exactly human beings were capable of before eating from the tree. Presumably, to choose to transgress God’s command involved some level of will and judgment. See for example Abarbanel on Genesis 2:8.

3 I explored the idea of geneivat da’at and its implications for the use of social media in a recent article for Sources: A Journal of Jewish Ideas (Spring 2022).

Hanukkah: A Poem by Avrom Liessen