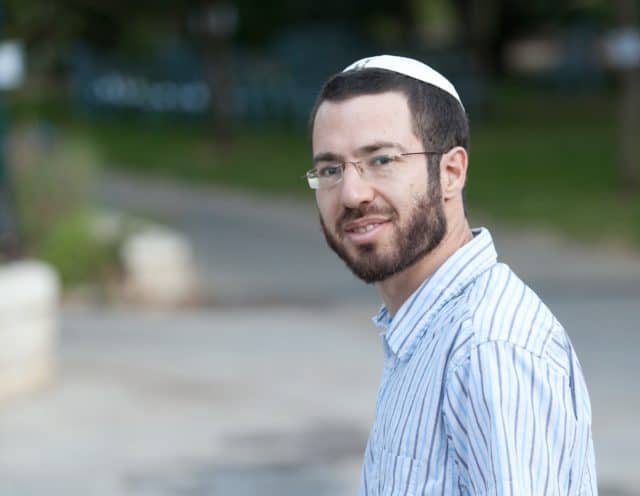 “Happy families are all alike,” Tolstoy tells us. “Every unhappy family is unhappy in its own way.” One such unhappy Religious Zionist Israeli family has found its own way into Elhanan Nir’s debut Hebrew novel, Rak Shnenu.[i]

Nir is a poet, author of various books of Jewish thought, editor of the literary supplement of the Makor Rishon newspaper, and a Ram at Yeshivat Siach-Yitzhak in Efrat.

Rak Shnenu is a penetrating portrait of the Religious Zionist community in Israel, as told through the prism of the aforementioned extended family. It touches on many different aspects and challenges of the world it portrays, in ways that are more particular to life in Israel but also with serious relevance for American Modern Orthodoxy, and I highly recommend it to anyone who can handle the beautiful Hebrew with which it is authored. (Israeli critics have made comparisons to Agnon, which I believe are overstated, but more on that later.)

The well-known description of the role of anthropology—“to make the strange familiar and the familiar strange”—applies equally to a novelist who sets out to portray through his prose the particularities of any community. Nir’s protagonist, Yonatan Lehavi, is the son of Emanuel and Anat, founders of the fictional Be’erot settlement. His wife Alisa is pregnant following an earlier traumatic failed pregnancy. Yonatan is a teacher of literature and halakhah at a Jerusalem yeshiva high school. He has lost his fourteen year old brother, Ido, to cancer; his older brother Micah, suffers from what appears to be bipolar disorder. This is a family unhappy in its own way.

Yonatan has given up the promise of a future as a top-drawer Torah scholar, like his father before him, who in the aftermath of the loss of Ido abandoned his post as the rabbi of the settlement, and moved to bourgeois Jerusalem. Emanuel makes his living as an optician; were Nir’s portraiture not so skillful, he might have been accused of laying the symbolism on too thick: The optician is “blind” to everything around him. He abandons his family emotionally (though not literally) and drowns his sorrow in his nightly bath. Mother Anat smothers her anguish in heightened religious fervor; her mourning over Ido and her disappointment in her husband are transferred to high hopes and expectations of Yonatan. Neither the novel’s characters nor its readers can ever really believe that these expectations can be met, and therein lies the central tension.

We witness Yonatan, on the eve of the birth of his first child, undergoing an early-onset midlife crisis—one of a particularly spiritual variety. Yonatan strives for a normal relationship with his wife (what model does he have?) but they never really achieve “just the two of us” of the title—some family member is always in the way (whether actual or the “ghost” of the dead brother).

In this way, the title at least is truly Agnonian in its irony. This family portrait is riddled with fractures: between husbands and wives, between siblings, and, perhaps most significantly, between the individual and the religious community.

But the nuclear family, and the community surrounding it, is pocked with death—literal, figurative, and spiritual. Young Ido is dead (we see him only through flashbacks), his father is religiously and emotionally withered (including as a result of his own PTSD from the first Lebanon War), the mother is ready to throw herself into Ido’s grave, if not to actually encapsulate the dying boy then in order to re-birth him (112).

Ido was named for his father’s fallen comrade-in-arms and havruta Ido Be’eri, a relationship which had been fraught with all the intellectual, emotional, and spiritual Eros that two men can share within a beit midrash. The very settlement the family lives in, in which Emanuel served as rabbi before fleeing, is Be’erot—named for the same fallen soldier. Brother Micah is “as good as dead” since his mental disabilities mean he cannot serve in the I.D.F. nor is he expected to find a wife—perhaps the two most significant ways a young man serves the religious Zionist settler world he occupies. This results in Yonatan carrying the burden for the whole family. But can he handle it? Can he be “alive” enough for them all? Most significantly, can he be a father to the new life he and Alisa hope to soon bring into the world after an earlier attempt resulted in death?

Early in the novel we hear the thoughts in Yonatan’s head: What if he’s just one of the masses—the 999 out of the thousand, and not the one distinct exception? Or worse, what if “the Torah does not contain everything?” (10).

Then what? The tragedy here is that we sense Ido, not Yonatan, was the chosen one in a thousand. In a gripping scene the lad undergoes chemotherapy while immersed in the study of Mishnah Bava Kama (an artistic choice Nir makes because of the “nezikin,” damage, the cancer patient suffers). The attending nurse can’t understand why the boy doesn’t cry and shout, and the reader witnesses how, for Ido at least, the study of Mishnah is an analgesic plaything saving him from perishing afflictions (à la Psalms 119:92). “The nurse tossed a sharp glance at Yonatan and Micah, ‘For goodness sake, teach your brother how to scream, how to curse—how to really curse! Don’t get all Ashkenazi on me suddenly,’ she said as she exited the room” (114). But neither tantrums nor Torah save the boy.

Yonatan, we are told, could have been the “Reb Akiva Eiger of his generation.” His “rebellion” is not in abandoning faith and ritual, as might be expected in a more one-dimensional portrait of religious life. Yonatan merely leaves the beit midrash—and not for business or law, but to become a teacher of Torah in a high school! The challenge becomes: can he maintain passion, not merely commitment, outside the rarefied air of the yeshiva?

But the idea of tossing off his kipah is never entertained, instead he wrestles with religious insincerity while beginning to recognize that, for him, it’s part of the system—the cost of doing business, which he is still unwilling to pay.

Viewers of the popular Israeli TV program, Shtisel, will recognize the trope: In that series, albeit set in the Haredi world, the creators resist the cheap plot-line of placing protagonist Akiva on the horns of deciding between faith and apostasy. Inside vs. outside—it’s so much more authentic to show the hero struggling to find meaning while remaining inside the fold but still searching for some air to breath. Those familiar with Shtisel might be interested to know that series-creator Ori Elon is a brother-in-law to author Elhanan Nir. That’s one happy family which may defy Tolstoy.

Rak Shnenu, like its talented author himself, is rooted in the world and language of the beit midrash. This has led Israeli critics in the secular press to make what they believe to be the mandatory comparisons with Nobel laureate S.Y. Agnon.

This is not always done to praise a Hebrew author, any more than a contemporary English writer would like to hear a reviewer say that his sentence structure is identical to Joyce’s Ulysses. Even when an author is inspired by a giant on whose shoulders he or she hopes to stand, this hopefully does not translate into a parroting of style that would put them at a remove from their contemporary readers. Agnon’s Hebrew is a richly woven tapestry of allusions and word-plays to rabbinic literature. The intertextuality is almost the very subject of his writing itself.

The critics read Nir’s depiction of the inner speech of a community for whom Torah study is part of the warf and woof of daily life and language and presume he is putting on Agnonian airs, unaware that there are people who actually speak like this! Critics paid similar back-handed “compliments” to Haim Sabato’s Te’um Kavvanot (Adjusting Sights) twenty years ago. When the actual letters of Dov Indig, Sabato’s friend and the model for the novel’s character of the same name, were posthumously published (in English as Letters to Talia), the world saw that Sabato wasn’t aiming for Agnon’s exalted Hebrew—that’s how b’nei yeshiva speak! In fact, Nir’s Hebrew is straightforward and simple yet elegant, with as many references to contemporary Israeli pop-culture as to Abaye and Rava.

This confusion on the part of the critics has caused them to overlook much more constructive comparisons to Agnon, novelistic elements which I presume Nir earned through hard labor, and which pay off in the story-telling and aesthetic literary experience.

At its heart Rak Shnenu tells the struggle of Yonatan and Alisa to achieve a stable and fulfilling marriage, while on its surface his family keeps getting in the way. In reality it’s something deeper and more personal which is blocking their success.

In fact, the author hints at multiple possibilities, and this is a technique picked up from Agnon’s greatest novel of family disharmony, A Simple Story, which is no more “simple” than Nir’s debut novel. Rak Shnenu also draws comparisons with Agnon in its strong female characters, weak, often indecisive men, a strong narratorial voice, and its deliberately ambivalent ending. Agnon was incapable of concluding with “And they lived happily ever after.” We can only hope better for the Lehavis.