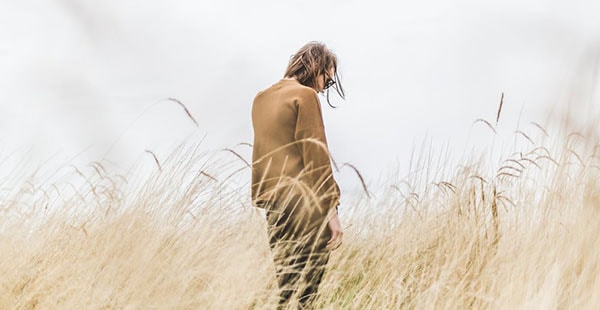 Rav Kahana told the story that

In all my days, I was considered a master of planting and collecting,
Yet when I went out to trim the vineyards,
I cut too close to the vine.
Now, people will say, it would be better if I hadn’t trimmed at all.

To which Abaye said:

Said Rav Hisda:
But what harvest can there be in the meantime?

Said Abaye:
If one goes out as a harvester, one shall return a harvester.

He said that Rav Hisda was concerned about an imperfection

around his genitals
that he had revealed while grooming himself.

Rav Hisda said to himself:

The shears that would have been my exaltation
have become the shears of my demise.
What will my wife say when she sees me like this?

Abaye sought to console him:

because all the days of his life he had been meticulous in his prayers,
yet when it came time for him to lead Hallel on Rosh Chodesh,
he forgot all of the words, except for the opening blessing.

He said to himself:

On what will my blessing carry?

Abaye said: On your silence.

Rav Hisda objected that one cannot praise in silence.

First, your silence shall soon turn to song,
Second, it already is a kind of song,
And third, even if you never sing again,

your students shall respond “Amen” to you all the same.

I am not worried about my students,
but about the One Who Speaks and Worlds Come To Presence.