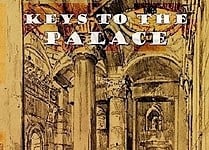 “Just as a bride is bedecked with twenty-four ornaments,

so too a scholar is bedecked with (knowledge of)

Rabbi Eliezer ben Hyrkanus warned his students, “hold back your children from ‘’higayon’” (Berakhot 28b). Rashi explains: “’higayon’ is ‘excessive Tanakh study that attracts one too much.’”

At first glance, it appears strange to discover that Rashi—the Bible commentator par excellence—entertained a sense of ambivalence, and possibly hesitancy, regarding Bible study. Yet, perhaps more than any other field in Jewish studies, Tanakh provides the greatest challenges to students and teachers alike.

For hundreds of years, despite being Judaism’s most fundamental text, study of Tanakh has been generally relegated to a secondary role in Jewish curricula. The varying rationales behind this have been explored elsewhere. Fortunately, today there is a renaissance in Tanakh learning in Israel and abroad. It is visible everywhere. New books flow out of the publishing houses, each brimming with original ideas and competing for space on booksellers’ shelves. The Israel Bible Quiz (Hidon ha-Tanakh) regularly draws high ratings on Israeli television. For many, the intellectual climax of their year is the opportunity to crowd Alon Shevut with thousands of other Tanakh lovers for a week every summer to learn from Yeshivat Har Etzion’s top lecturers and thinkers.

However, it is not just in quantity that Tanakh study has changed. With the renewed emphasis has come new methodologies. Some of these are new reiterations of ancient ideas, while others draw heavily on academia, using new analytic methods and applying terms from literary criticism. For this, the revolution has not come without challenges and challengers. As new methodologies developed and progressed, the same old questions that nagged the early commentators have re-arisen, and many have expressed caution (if not outright opposition) about the changes that have overtaken Tanakh study in the past decades.

One of the leading scholars in North America in the vanguard of these changes is Rabbi Hayyim Angel, the National Scholar of the Institute for Jewish Ideas and Ideals. Angel has written or edited over 130 scholarly articles and books (mostly in Tanakh), of which Keys to the Palace is the latest publication.

His latest book collects twenty essays on issues regarding Tanakh study or interpretations of biblical passages, all revolving around the question alluded to in the book’s subtitle, “Exploring the Religious Value of Reading Tanakh.” A close reading of Angel’s bibliography reveals that of his books on Tanakh study, three have subtitles that contain the word “religious” in them (“Religious Value of reading Tanakh,” “Developing a Religious Methodology to Bible Study,” and “Finding the Religious Significance in Tanakh”). This reflects the central theme and focus of Angel’s thinking, and subtly acknowledges the fundamental challenge faced by religious Tanakh scholars today. Tanakh cannot be studied as one would any other discipline. Without an encounter with the Divine, or at least serving a religious purpose, Tanakh study, if not bereft of value, is at least notably incomplete.

The emphasis on the religious aspect of the text come out in both sections of the book—seven essays that analyze the latest trends and approaches that are prevalent in today’s Tanakh study, and then thirteen essays of Angel’s explanations of the Tanakh texts. In the first group, the reader is introduced to the major trends and issues in Tanakh study today. How does one maintain faith in the oral and rabbinic tradition, yet study Tanakh from a historical and literary approach, armed with all of the new discoveries that have been made in Israel in the past half-century?

The discussions regarding the contributions of Rabbis Yoel Bin-Nun and Amnon Bazak are particularly important in this regard. Of the second group of essays, one can divide them into two sub-categories. Some are thematic essays that wrestle with moral and ethical issues raised by the texts, and others are Angel’s original interpretative close readings. Though Angel is familiar and capable of engaging in the didactic and sophisticated modern literary techniques favored by those from the new school of interpretation (emanating from Yeshivat Har Etzion and the Herzog College from Israel), this is not his style. Instead, he is a patient compiler of all opinions and approaches, carefully pointing out the advantages and disadvantages of each, directing the conversation until his viewpoint is revealed.

As an example of this, let’s analyze Angel’s essay on Psalm 19. The Psalm begins by declaring “The heavens recite the glory of God, and the sky tells of the work of His hands” (Verse 2). Halfway through the poem, the Psalm switches subject, and the rest of the chapter proclaims that “The law of the Lord is perfect, restoring the soul; the testimony of the Lord is faithful, making the simple one wise” (Verse 8). The two halves apparently do not belong together. Almost all the commentators, beginning with the medieval commentators and continuing to Angel, attempt to account for relationship between the two sections. Critical scholars almost instinctively argue that the psalm was originally two separate works, which were joined together by later editors. Rashi, for example, provides two answers, with the first suggesting that the goal is to compare nature to Torah (see also Ibn Ezra and the Radak), and a second answer that what the psalm is attempting is to contrast the two.

To appreciate Angel’s methodology, it is instructive to compare his essay with that of Rabbi Elchanan Samet, one of the leading practitioners of the modern approach of Tanakh study in Israel. Samet approaches this psalm scientifically, like a surgeon wielding a scalpel. With a fine ear for literary cues and clues, he meticulously divides the poem into its sections and subsections, noting each of the parallels and the form of parallel used, locating the texts structure—its central axis, around which the opening and conclusion revolve. After a thorough dissection of the Psalm, Samet arrives at his conclusion. This would apparently validate the words of Ibn Ezra that the Psalm’s message is that the “heavens and the Torah are two paths to the knowledge of God and His attributes.” However, comparing the second subsection of each half undoes this conclusion. Unlike the sun which fulfills its Divine purpose with happiness and strength, “like a bridegroom coming out his chamber,” man is fallible and imperfect, requiring him to cry out “Who understands errors? Cleanse me of hidden [sins].”

Angel’s approach to the text is strikingly different. If Samet is a stylistic surgeon, Angel is a musician, identifying larger themes that arise from the discussion. In his essay, after presenting a quick synopsis of Jewish commentary regarding the relationship between nature and Torah in the psalm, Angel draws upon his encyclopedic knowledge of rabbinic texts that address this issue.

He begins with the midrash at Sifrei (Deuteronomy 306), which explicates Samet’s conclusion: “The Holy One, blessed be He, said to Moses: ‘Say to Israel: “Look into the heavens that I created to serve you. Have they perhaps changed their ways?”’ … [Rather, the sun] is happy to do My will, as it is stated: ‘And it is like a bridegroom coming out of his chamber’ (Psalms 19:6).

Surely, there is an a fortiori argument: “If they who do not act for reward nor for loss … then you, who if you merit you receive reward, and if you sin you receive punishment … all the more so you must not change your ways.” After mentioning other approaches in how to divide the Psalm without critique, Angel then deals with the larger philosophic question of the relationship between the study of Torah and appreciating God’s handiwork through nature, quoting Maimonides, Rabbi Norman Lamm, Pirkei Avot, and his father, Rabbi Marc Angel.

Where Angel’s modern sensibilities come to the fore are not in his interpretations of text. There his strength is in his careful gathering and analysis of previous commentators, providing a living example of how to approach a text. His strongest essays, in this reviewer’s opinions, are those that directly deal with the more difficult questions that arise from plain readings of the biblical text. The challenges can be those dealing with the age of the universe and texts which prima facie are difficult for a modern person to accept, at least on a literal level.

Even more revealing are Angel’s treatment of moral questions, whether Jacob’s deception of his blind father Isaac in Genesis 27, misleading him so that he would receive the blessing Isaac wanted to give to Esau, or the theological questions posed by the “Akeidah,” when Abraham bound Isaac as a sacrifice in Genesis 22. For many, the questions cannot even be asked. If our righteous forefathers performed it, they must not be asked. How much more so if God commands something, that it must be moral. Angel notes these views, but then demonstrates the multi-faceted nature of Jewish thought and commentary, providing opposing viewpoints and fulfilling the popular dictum that “where there are two Jews, there are three opinions.” Each of the opinions is evaluated, based on its plausibility from both the theological and literary aspects. But Angel does not limit himself to “kosher” thinkers either. Every voice that has something to add to the discussion is invited to participate. The discussion of the Akeidah includes the views of Immanuel Kant, Maimonides, Yeshayahu Leibowitz, Moshe Halbertal, Soren Kierkegaard, David Shatz, and Shalom Carmy, for starters.

It is this willingness to learn from everyone that makes Angel one of the great Tanakh teachers of our time, and this accessible volume a necessary resource for anyone wishing to understand the Tanakh on a sophisticated level, yet as a book that ultimately strengthen one beliefs.