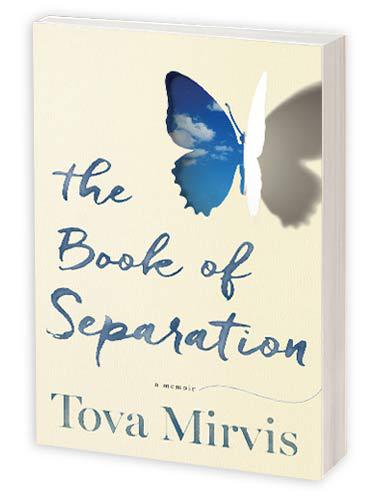 The latest addition to the burgeoning subgenre of ‘off-the-derekh’ memoirs is Tova Mirvis’s The Book of Separation. Mirvis’s three published novels, which oftentimes caricature Orthodox Jews and Judaism, turn out to have portended her personal choices.

In her memoir, she sheds her Orthodox skin and leaves her marriage. Mirvis reduces a lifetime of religious observance to a series of ‘thou shalt’s and ‘thou shalt not’s, and she finds increasing personal fulfillment in her secular ‘coming out.’ At last she can use her iPhone on Shabbat, trade services on Rosh Hashanah for a hike in Acadia National Park, and introduce her children to Halloween trick-or-treating and non-kosher pizza.

Mirvis grew up in an Orthodox family in Memphis, Tennessee, where her family has lived comfortably for five generations. Her father is a physician, her mother is an artist, and Mirvis benefited from an Ivy league undergraduate and graduate school education. Thanks to her professionally accomplished husband—whose long hours at his law firm are a sore subject—she doesn’t appear to have needed a day job to support her fiction writing. She has three healthy children and supportive, loving parents.

Her first car was a Volvo station wagon; she and her husband bought their first house in Newton, Massachusetts, when the median house price was close to $800,000. So, unlike some other OTD memoirs, this one does not include social class striving, poverty, deprivation, mental illness, abuse, or xenophobia.

The set piece here is psychic pulse taking: gentle, articulate and adolescent. She juggles the story in several time frames which at least increases the tension.There are three tropes: One, love for her children, eloquently expressed and achingly beautiful. Two, good girl/bad girl: “Be good, said this teacher. Be good, the community said. Be good, my name (‘Tova’ means ‘good’ in Hebrew) reminded me … There was one way to be good and there were infinite ways to be bad.” Three, the claustrophobic, ‘I can’t breathe’ trope: “A few minutes before Shabbat officially starts, the air becomes thick with prohibition.”

Mirvis contends that she is not obligated to write anything good about Orthodoxy; fair enough. She fulfills the disobligation with an aggregate of seductive insider details and few aspects of traditional Judaism are spared her kvetching: Shabbat cooking, shul going, sleeve length, mikveh ladies, her son’s circumcision. Her hats hurt, her wig hurts, her fall hurts, her curly hair is hard to comb before she immerses in the mikveh.

On the same day the Book of Separation came through my mail slot, I happened to pull the memoir Hillbilly Elegy by J. D. Vance off the library shelf. Vance was born into an impoverished, addiction ridden, often promiscuous Appalachian family, and by dint of his own hard work ended up graduating Yale Law School and learning how to sustain healthy relationships in the workplace as well as in a healthy marriage.

I couldn’t help but see how this rags-to-riches story reflected on Mirvis’s memoir, making Mirvis’s conflicts seem like what a young friend of mine calls ‘first world problems’’. But what’s more of a fair comparison is that Vance, no less embedded in his hillbilly culture than Mirvis was in Orthodoxy, uses the stumbling blocks of his background to—as the saying goes—turn his life into a ‘corner stone’. He responds to his very difficult childhood with sincere introspection, focusing on growth, gratitude, and forward movement instead of blame.

The target audience of the Book of Separation is a readership that is not literate in Jewish sources or resources and wouldn’t know what clarity and depth to demand from Mirvis’s narrative or what questions to ask . For example, Mirvis identifies herself as a feminist, and the voices of all those rabbis and teachers she deems misogynist occupy a good deal of space—on the page and in her mind. But Mirvis brushes aside her gap year in Israel and never once pursues the abundant feminist and female leaders and scholars in Israel—and in Boston.

In fact, there’s a renowned, feminist institution of Jewish studies for women that gives classes right in her neighborhood. Alternatively, she never reflects on how her yearning for a fully secular life may be a failure of her chosen affiliation, Modern Orthodoxy, as it fails to appropriately balance secular and religious impulses.

Furthermore, Mirvis doesn’t even pay lip service to a single core extractable value of Jewish life—not even tikkun olam or social justice, to take an overused example—though Mirvis is certainly capable of thinking of many more. We never hear about Mirvis giving, volunteering, donating, or campaigning for the less fortunate. I would have even taken Bernie Sanders, LGBTQ rights, or global warming. Instead, Mirvis remains mired in the solipsism of her own dissatisfaction

In the end, Mirvis’s ingratitude, rationalization, and blaming are just as disconcerting as her inversion of values. Her choices make important things like Shabbat and kashrut trivial and disposable, and she creates elaborate, metaphoric, almost apocryphal meaning for that route to non-kosher pizza.

Perhaps the average reader who does not know what questions to ask and what additional information to demand will in fact identify with this memoir, root for her ‘liberation’, and laud her ‘courage’. Others will find it a sad and sobering expression of spiritual affliction, whose cure might just be—to Mirvis’s dismay—more of what ails her. 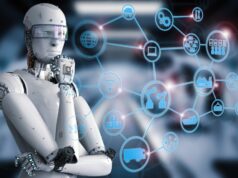