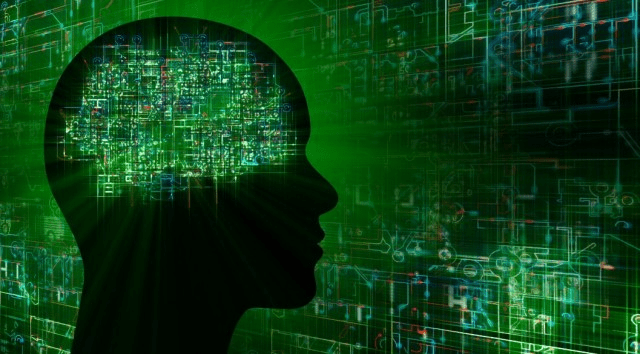 These selections are excerpted from a longer work of nine sections (one for each day leading up to the Ninth of Av). The poem’s form emulates a hyper-stimulated, non-linear mind in the age of information overload; or else that virtual mind we call a “news feed,” in which disparate texts and traditions—such as Eikhah Rabbah and Lady Gaga, John Ashbery and the Mishnah, Leonard Cohen and works of critical theory—can become entangled “threads,” sometimes harmonizing with each other, sometimes distracting from one another, but often simply co-existing in the ambiguity of juxtaposition, what our interpretive tradition calls “semikhut parshiyyot.” The polyvocal form, which ultimately obscures the line between statement and parenthetical, or thesis and tangent, de-centers the lyric “I” of the standard persona poem, simulating instead a consciousness that is at the mercy of its environment, a voice under assault, much as in the shifting perspective reflected in the Book of Lamentations. As in poetry, so in life: we cannot know which thoughts are our own, and which are reverse eavesdropped upon us through a steady stream of cultural gossip, socialization, and “memes.” We are imitative beings, beings not just created in the divine image, but beings who fashion our image in response to what we observe. Ours is an age of unprecedented data consumption (and production). It is only fitting, then, that a lament, or a kinnah, for all that has been destroyed, and all whose destruction is yet underway, should make use of and reflect this situation of data overload. Perhaps there is even a direct connection—as Plato posited—between our increased ability to store information and our spiritual condition of Exile, our forgetfulness of being and our alienation from what is holy.

Because reading is a form of mourning

(the sky has put on sackcloth)

Because God must summon the angels

to teach him in the ways of man

Because each technique is borrowed

(debt control, back the boycott)

Because anaphora’s a cloak

(the gematria of regret)

(daughter of a wave)

(the gematria of shame)

Because it’s easy to imagine the end of the world

(it is not our wickedness)

and impossible to care

do it for the kids

Because hypocrisy cuts all ways

(who by double standards?)

my wounds are bigger than yours

(who by foreign aid?)

Because there’s no end to ending

(when baby seals are dying)

(how can you be so cerebral?)

and just as we rip our shirts

(ritual as a kind of theodicy)

so God, too, rips His shirt

(just look at a map)

Because theology is the most ingenious form of atheism

and atheism is the most ingenious form

(baby, I was born this way)

(our pretension is unconscious)

Because each poem must conclude

with a call to arms

(you have nothing to lose but your hapless comfort)

wake up and smell the waste management of the Lord

(the hoax of authenticity)

and your screen is frozen

from Pocketing another scandal

(Scaramucci, will you do the Fandango?)

Now that the Masters are never wrong

(Information is the new oil)

and everyone is a master

(of their own demise)

of their own URL

our exit interview is double booked

(with the exit interview of angels)

(it’s not a bubble if everyone believes it)

Now that community is an HR bugaboo

(when will the Messiah check his privilege?)

(in heaven and on earth)

(Now that appeals to unity are ploys)

(Now that the status quo is still)

(This livestream won’t be around forever)

Now that faith is a market

(and redemption is a product)

what will be its services?

There’s no R and D here

(in the land of the living)

(before an angel touched us)

(before we knew of MAGA)

Before we knew to suspect

any concept of the good old days

(for we are your people)

and though you have thrown us

(under the bus of history)

and given us sovereignty

(four amot and some nukes)

(for we are not satisfied with your wormwood)

to the days before Einstein prophesied

(God does not play dice with the universe)

forcing us to accept your testimony

(nor does God pigeon-race with quarks)

(out of fear of punishment or hope of gain)

(as a squatter makes a hazakah)

and give us the AppleCare we need

(for if we are not priests, we are zealots)

(for we are your Midrash, and you are ours)

(that we may be the Warby Parker of wisdom)

(that we may continue to say, “al tikre’u Elohim, ella mi eleh”*)

For in every generation you have stood against us

(and we have stood against you)

But you have saved us

(and we have saved you)

and in so doing be undone