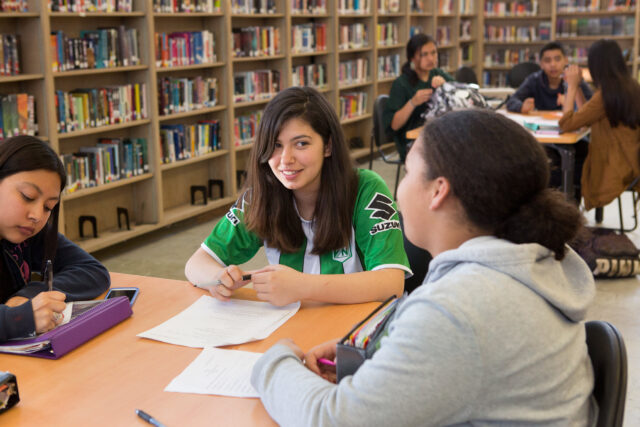 A recent article in Jewish Action surveyed responses from a selection of Jewish educators and communal leaders to the Pew survey on Jewish Americans, indicating that 33% of those raised as Orthodox Jews no longer identify as Orthodox. While the article points out that there have been criticisms of the survey’s methodology, it rightly calls our attention to something Modern Orthodox Jewish educators and communal professionals have anecdotally lamented for some time. The responses in Jewish Action call for, among other things, a greater emphasis on spirituality and connectedness in Jewish education, addressing perceived institutional and communal hypocrisies, and the need for greater parental engagement in Jewish learning and practice at home.

These responses resonate with me and derive from the participants’ deep knowledge and experience. But it seemed to me that there was one perspective left out: the role that the traditional Jewish high school education plays in allowing for a disconnection that many young people feel between their learning and lives as religiously devoted individuals and their learning and lives as secular citizens.

But beyond this basic framework, Jewish education has struggled to foster reliable strategy, at scale, that can help young people integrate the widely divergent values and worldviews underlying their Jewish and general learning. Our graduates may know a lot about the intellectual legacies of Jerusalem and Athens, but they broadly lack a framework for living between these worlds in full view of the conflicts and trade-offs that entails. Many young people seem to think that the traditional “dual curriculum” is nothing more than two schools placed under one roof, where the burden of long days, extra work, and conflicting ideas is something to be managed, not integrated.

Recognizing this concern, many school administrators have carved out programs and positions focusing on interdisciplinary learning that attempt to explore and model an integrated worldview. But these efforts seldom penetrate the walls of individual classrooms, and students understand very well that the classroom is the most important part of their time in school. At best, we have left it to our young people to reach out independently to take advantage of interdisciplinary opportunities; at worst, we have sent them down two parallel tracks with a strong likelihood that their Jewish learning fades away or becomes secondary in the face of the practical and demanding needs of career and livelihood. Leaving aside assimilation for a moment, how many Modern Orthodox adults do we know who pursue regular and ongoing growth in their Jewish learning?

To my mind, this failure to integrate is rooted in three causes, and each of these areas presents us with constructive opportunities for change. First, the structure of traditional school makes it very difficult to break away from classes that are “subject silos,” where specific teachers are required for each class and a single numerical mark determines a student’s success in each subject. If, for example, we wanted to integrate Tanakh learning with studies in English literature, we would need to reimagine curricular structures, success criteria, and skill-based evaluations. We would also need the ability to build a structured conversation that supports the conflicts created when a classical liberal arts pursuit, underpinned by secular values and western ideals, confronts Torah learning, underpinned by biblical values and prophetic ideals.

I have written elsewhere in these pages about different ideas for reimagining the traditional structure of Jewish high school and the benefits it could provide educationally and economically. I argue that it should come as no surprise that the 150-year-old model of traditional school is not most conducive to addressing the current complexities of living and thinking between two worldviews. We would be wise to rethink the role of teachers as “presenters of knowledge” and instead consider them “coaches of learning” who empower students on unique paths of learning and exploration. Teachers should curate and create digital learning resources to more effectively differentiate lessons based on individual learning needs and to focus on developing self-aware and independent learners.

A coach is different from an instructor. An instructor is focused on a subject and how to best explain that subject so that the largest possible percentage of students can master the subject. The instructor looks at grade distributions and averages, and improves outcomes on the margins. A coach is focused on the individual learner and how to best facilitate learning in a subject based on his needs. A coach knows the subject but is not herself the primary expositor of its content. She is a developer of different explanations, methodologies, and ideas that suit different learners. The coach looks at assessments as individual markers of learning on a path toward mastery, measuring and improving outcomes at whatever pace and depth suits the learner’s needs. Coming back to the subject at hand, a teacher as coach does not accept an outcome where the learner is succeeding in general studies at the expense of Jewish learning because the coach is concerned with the development of the whole learner and his ability to holistically master all the learning challenges life presents.

A second cause of our struggles to better integrate Jewish high school learning is rooted in how we hire teachers. While it is certainly not always the case, often―and especially outside the NY metropolitan area―Modern Orthodox schools draw from a pool of Judaic studies teachers with a worldview significantly to the right of the school’s feeder community. These teachers often see their role as rooted in kiruv―drawing students toward a more bifurcated and less integrated Jewish worldview. General studies teachers are likewise often drawn from a pool of professionals with entirely secular values and approaches to their teaching.

A serious effort toward integrating Jewish and general learning would benefit greatly from an effort to recruit, train, and compensate teachers who themselves embody a deeply integrated worldview. It is often said that the best education is accomplished by modeling more than talking. Yet how many Modern Orthodox schools have a faculty where the majority of teachers embody the worldview the school seeks to develop in its students?

Finally, efforts toward integration are hampered by the implied desire for Jewish high schools to be both classical preparatory schools, with an impressive number of admissions to elite universities, as well as community schools serving the communal need for Jewish knowledge and continuity. It might be nice to challenge young people to grapple with the conflicts that animate living a committed religious life with an engaged secular worldview, but not if that is going to make it more difficult for my child to get the grades she needs for university. Some might say it’s better to just do what other preparatory schools do and focus on the core curriculum with separate Judaic and general studies transcripts so these worlds don’t get too “unnecessarily” mixed.

It seems wise to abandon this shortsighted thinking. Working to develop young people who make the active and ongoing choice to advance a life of integrated Jewish and general learning would seem to be a goal that is especially critical to the experience of leaving the bubble of Jewish community for full immersion in a secular university. Focusing too much on the point of admissions while overlooking the tools needed to thrive once on campus seems myopic and lacking the lifelong view needed to confront the challenges of assimilation. As for communities, we would need to make a choice to value the meaningful implementation of what we already value in structure. Or, to put it differently, to commit to making Modern Orthodox education something that is in function more than just a building with a science lab and a beit midrash.

Taking nothing away from the benefits of cultivating spirituality, improving our parenting skills, and mitigating our internal hypocrisies, it is time to fundamentally rethink how we do Jewish high school education for the sake of creating a more dynamic model that can better meet the challenge of living as a modern Jew. There is no reason we need to remain wedded to an educational model that is structured largely the same way it was for our parents while we live in a time that presents challenges we could have barely imagined when we were in high school. Experimenting with fundamental changes to our current structures of learning will serve to develop greater self-awareness and reflection among our young people. And that can only enhance and expand upon the quality remedies already suggested by others.