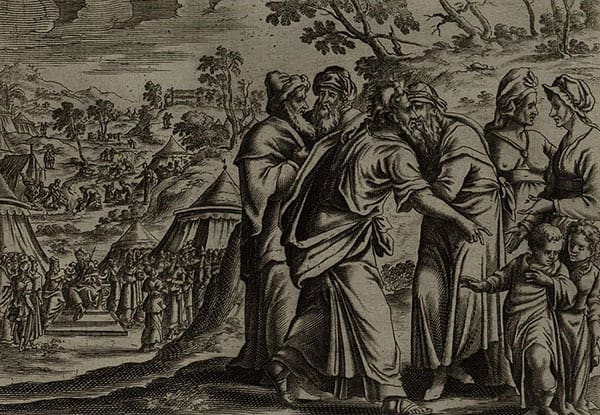 Many years ago, I interviewed for a rabbinic job with a committee of eighteen people. When I asked how they chose the committee, I was told that each person came from a different constituency of that synagogue. As I came to know that community better, I realized that their board was not arranged to achieve that same certainty that all the types of members would be represented.

I write here to offer an idea for how synagogues could choose better leaders, both in their qualities of leadership, their being more focused on representing the membership, and their communicating more regularly and effectively with the entire synagogue community.

Part of what leads me to think this is of value is a spate of writing that portrays synagogues as wrestling with how to move forward productively. Edward Shapiro’s “Modern Orthodoxy in Crisis” told the story of his local New Jersey synagogue’s recent rabbinic search process. Through that lens, he saw the failure to find a rabbi that fit what Modern Orthodoxy had always been as a crisis.

One underlying issue all these authors address is that of leadership, lay and professional. Dr. Misha Galperin went further, listing the qualities of good professional and lay leaders.

He and the rest of the authors I have mentioned, however, assume that leaders are either self-identified—those who step forward to offer their services—or cultivated by professional or previous lay leaders. There’s much to be said for that, in that it picks out those already committed to the health of the community, willing to extend themselves to help that community grow further and better. But it’s only as good as the people thus selected.

I believe a chapter in the Torah offers another way to choose leaders, allowing all of a synagogue’s members more of a role in the process, while ensuring that no one person or small group can control the process. In addition, the leadership this method produces will be more representative of and responsive to the will of the people than currently. This would make it more likely that the synagogue’s leaders will address the concerns and goals of the maximum possible percentage of the membership. To see its advantages, let’s review some problems in current communal governance.

Since synagogue leaders advance to their position either by volunteering or being approached by existing leadership, they don’t see their role as representing a particular constituency. I don’t question their devotion to fulfilling their fiduciary responsibility to the synagogue, but they can easily come to see themselves and their colleagues on the board or executive committee as the arbiters of what counts as “best possible.” 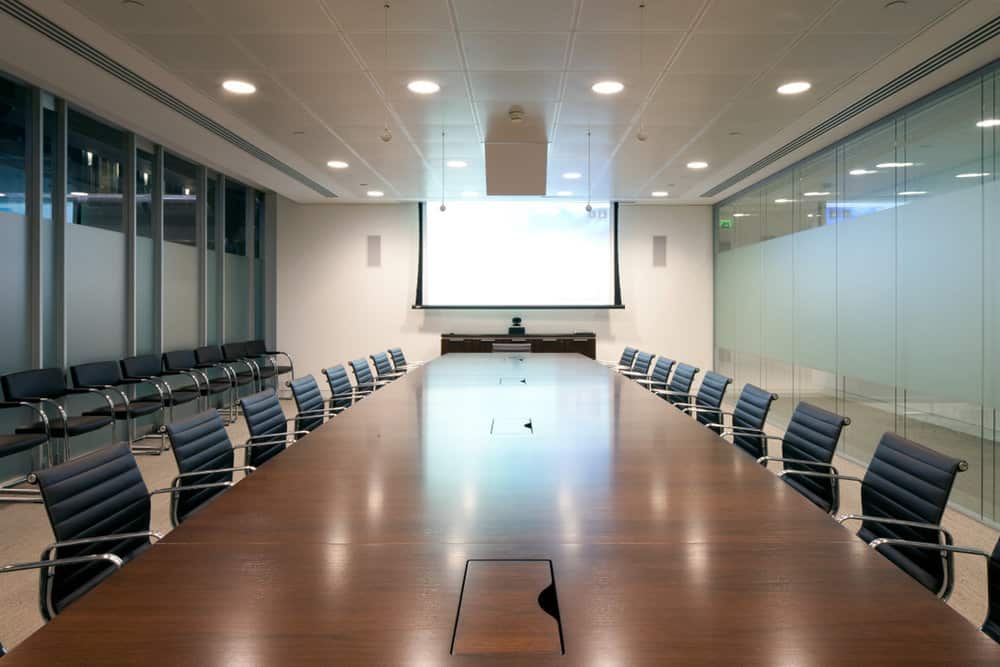 If ten percent of a synagogue sits on its board, the other ninety percent have no specific person looking out for their interests. Leaders care about the community as a whole, and take note of issues they hear of, but it’s informal at best, and leaves many voices and concerns unheard at worst (with consequences for communal comity and unity).

I don’t mean, let me add, that a representative must or should do whatever constituents want. How to best represent others is a complicated question; I only mean that in the current system, no one sees themselves that way, as representing specific identifiable others.

The volunteers running a lay-led charitable organization, such as a synagogue, are using their spare time for a multi-faceted endeavor; they don’t have the time to deal with every member with a problem, even if those problems are legitimate and well-considered (which they often are not).  Periodic newsletters, public meetings, and other ways of informing the public mean that sensitive information can be disseminated only with difficulty, if at all.

I suggest we need a system that gives us leaders chosen based on their qualifications, not just their interest, that makes clear to those leaders that they are representing a specific group of people, as a whole and as individuals, and where the system itself fosters the kind of communication that keeps the membership fully informed.

Yitro planted the seeds of such a system.

He doesn’t seem to have intended that. When he urged Moshe to set up judges (Shemot 18), his stated concern was a sustainable system of justice, which would not overburden Moshe or the people. In doing so, however, I believe he showed us how we could adjust it to address the issues I raised.

One element of his system that stands out is how many layers of judges he envisioned. In society today, judges serve an amorphous group of thousands if not millions of people at a time, to whom they have no personal connection. Yet Yitro thought every 10 people needed a judge. Or, perhaps, every fifty; R. Eliezer Yehudah Waldenberg, the twentieth century halakhic authority better known by the name of his multi-volume set of responsa, Tzitz Eliezer, also wrote a remarkable book on how Jewish law could run a modern day nation-state. In Hilkhot Medinah (1:9) he suggested that the “officers of ten” referred to in the verse might have been enforcers rather than actual judges.

The value of a closer relationship between judges and judged, of judges’ being part of the community they were overseeing, is not well-recognized in larger-scale democracy (even in a community of 100 families, when leaders are not specifically assigned to a group of constituents, some members will likely feel completely unrepresented).

Yitro recommended that Moshe choose, not the people. Tzitz Eliezer suggested that that might have been because only Moshe could assess who was qualified to judge Torah law. Moshe tells us (Devarim 1:13 and 16) that he sought and found judges yedu’im le-shivteihem, known to your tribes. He didn’t impose strangers, he appointed men with a pre-existing renown in their community.

When we turn from judges to synagogue trustees or directors (and from there to officers), the top-down element becomes less necessary, at least at the early stages. The synagogue leadership would invite members to form groups of ten, and to select one among them to represent them. (There would have to be a mechanism to check that all members had been included in a group, and to find a way for those who had not joined such a group to then do so).

I choose ten because that’s the number in the Torah, but also because ten people all know the person they are choosing, are all acquainted with that person’s skills, talents, and limitations, and can make the kind of informed decision that is less true when choosing from greater distance (even a hundred people know a chosen representative less well than if ten are choosing).

Depending on the size of the community, that will often produce too many representatives to be workable. In a synagogue of 600 voting adults, it leads to sixty members of the board.

So we do it again. If the sixty trustees or directors form groups of ten, they end up with a working executive committee of six people (who can all be officers, or be the ones to choose the officers).

While it ends up looking like any other board, it differs in the following important ways: First, the small groups who choose the board members will know them well, offering the hope they know them well enough to have greater insight into who can handle the job best. Two, in being drafted by others, we might find such positions going to people who would otherwise have avoided the community politics that might have been necessarily previously. The social obligation of responding to friends’ calls to service, to my mind, broadens the pool from which leadership will come.

Even so, it might end up with largely the same people; perhaps the kinds of people who currently rise to the top of synagogues are so motivated by the position that they will politick their way into it. The new way of selecting them will still affect their handling of the position, because they will know that they are meant to represent others, not just decide on what they think is best.

While representatives sometimes make decisions for the good of the community in ways the community itself doesn’t yet appreciate, these trustees or board members will know—in a way current lay leaders don’t– that their job is to represent their ten people first, and that their job performance will and should be evaluated by these ten. That immediacy makes it more likely they will in fact represent their people rather than some vague idea of the community’s best interests. As a body, then, the board will represent all of the membership in a way that current boards cannot.

Each member of the executive committee will also be accountable to specific trustees, who put them in that spot to act in certain ways, and to whom they will have to answer and explain their decisions.

Finally, communication will flow more freely and personally. Public pronouncements are exactly that, and are therefore limited in what they can and should say. That which can be conveyed in confidence (even if it often gets out anyway) is different than that which can be broadcast generally, but can help assure the community at large that its leadership is aware of and sensitive to their various concerns.

I present the idea as theory (as a theory, it is also scalable to larger groups, like Congressional districts or even nations, but that’s a different discussion). Putting it into practice would likely reveal where tweaks were needed. We might anticipate, for example, that some accommodation would be needed to deal with the top contributors to a synagogue. Synagogues expect more of their top donors, such as when Shulhan Arukh, Orah Hayim 53:23 rules that half of the community’s hazan salary should be taken from all members equally and half should be raised by assessing people according to income (much like today, where members of a synagogue all pay the same dues, while those with more means are expected to chip in to cover the shortfall between the dues and the budget).

It does not seem unreasonable that those who give more would expect somewhat more of a say. Whether that would mean that half the board would be set aside for top donors, or that those donors would choose one seat on the executive committee would be a matter for each community to decide.

Other such questions likely to arise include term limits, how often representatives should be communicating with constituents, members’ rights to recall a representative mid-term, or how to reshape the voting groups of ten when members leave a synagogue.

Those are details. Before they become a concern, we’d have to deal with this in practice, seeing how it affects a community’s experience of itself and its leadership, whether it accomplishes what I believe and hope it would.

Some problems call for bold new ideas, and some lead us to realize the idea was there for us to see all this time. I suggest that in terms of constructing our communal leadership, Yitro’s insight still rings true, as a way to adapt democracy to the benefit of our synagogue communities.