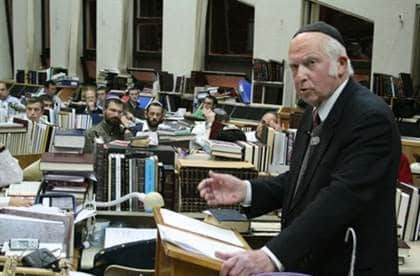 I was moved by Rabbi Dr. Gil Perl’s recent essay. He and I have much in common. We both attended Yeshivat Har Etzion, both consider ourselves students of Rabbi Aharon Lichtenstein, zt”l, and we worked with the same dissertation advisor for our PhD theses.

Like Perl, I believe we should seek and find ways to articulate Hashem’s service that reach and appeal to all Jews, including in ways that resonate with postmodernists. And I, too, was influenced by Rabbi Lichtenstein’s article, “The Source of Faith is Faith Itself.” It helped me greatly in my own path.

We part company, however, on a few points. First, Perl understood a line in that article differently than I did. Second, Perl promotes Rav Shagar’s approach as one way to speak in a postmodern yet faithful voice, advocating both a rejection of objective truth and a pluralism that refuses to assume any of us might be more broadly right than others. Each leaves room for reconsideration.

What Those Who Came Before Knew
Perl tells of reading Rabbi Lichtenstein’s article, “The Source of Faith is Faith Itself,” and being struck by a passage in which Rabbi Lichtenstein says that he at one point in his life took comfort that the great teachers he knew had faced the doubts he had and still remained faithful. If it was good enough for them, who was he to continue to doubt?

Much as he originally appreciated the sentiment, Perl describes himself as eventually coming to the view that, while he was “fortunate to have strung together an alternate set of people, many of his friends were “different.” They followed a narrower path, and encountered conditions that their teachers clearly had not faced. It was, after all, a new intellectual era. It meant that Modern Orthodox Jews could not be as confident that the challenges arising were ones that could be well met. These sentiments made Perl all the more curious about Rav Shagar.

I did not read Rabbi Lichtenstein’s comment the same way as Perl did, and the point that I believe he missed will be relevant when I show where I think Rav Shagar is not as good a model as Perl suggests.

I never thought that Rabbi Lichtenstein meant that Rabbis Hutner and Soloveitchik literally had thought about whatever issues he thought of; they had vibrant and full intellectual lives of their own and, just as Gil Perl grew up in a different culture and intellectual era than Rabbi Lichtenstein, so he grew up in one distinctly different from the Europe of their youth.

My understanding was that he meant something broader, which I personally attach to Ecclesiastes 1:9: “there is nothing new under the sun.” To insist on a literal reading is to render the verse nonsensical. Doesn’t all of human innovation, especially in the realm of technology, disprove the verse?

The answer to that question also explains Rabbi Lichtenstein’s characterization of his predecessors. The verse tells us that whatever seems new is only superficially so. In fact, there is nothing categorically or fundamentally new, including his doubts. Doubt about Judaism took a particular form in his mind, as it does in each generation and each person. That the greats he knew had met their own doubts, whatever they were, as had the greats of all generations, reassured him that the doubts he was facing were not qualitatively different, and therefore no more problematic than the ones that his teachers had vanquished.

To me, the verse and Rabbi Lichtenstein’s article ask us to recognize that each generation has a new version of the struggle to assert the truth of Hashem’s existence, but that it differs only in form, not essence. In dealing with the challenges that arise in any particular generation, a key piece of the approach is to remember that nothing about Torah and faith is essentially new. We will need to find the answers that respond to the doubts that become problematic in our times, but our starting point should be that there is nothing essentially different or more challenging about these than about the doubts that arose and were dealt with in other generations.

Once we remember that, we can see why Rav Shagar’s attempt to reconcile Judaism with postmodernism, however noble and ahead of its time as it was, does not pass muster. Perl focused on two aspects of Rav Shagar’s work—how to express Judaism in a way that accepts postmodernism’s rejection of objective truth and its demand of a thoroughgoing pluralism—and I will respond to each.

There Is Objective Truth
Postmodernists have become acutely aware of how personal life is, how much each of us shape what we hear, understand, and believe. There is much truth to that, but they take that a step further, denying the existence of objective truth. The softer version of this assertion is that none of us can access objective truth because we are always subjective in our approach to the world. Perl notes how Rav Shagar offers a theory for how a committed Jew could wrestle his or her observance into a rubric where there indeed might not be objective truth.

This presents a problem, however, because Judaism very much believes that objective truth exists, and that the Jewish people were given a piece of objective truth, the Torah. A professor of mine once argued that Rambam stressed the uniqueness of Moshe’s prophecy precisely to address this point, to say that the Torah is not “merely” a prophetic work, that it contains the direct devar Hashem, the Divine Word unmediated.

We need not deny the difficulty of accessing objective truth nor the general subjectivity of human beings’ approach to the world to understand that Judaism requires us to believe in this one exception. (I know of those who argue that that might be true, but that our interpretations of the Torah show that even there we cannot get at what it is saying unequivocally. I dealt with that claim in the first part of my book, We’re Missing the Point).

Postmodernism might help us remember how subjective almost all of us are, even ordinary prophets. After all, Hazal spoke of the style of prophets, which suggests that they conveyed what they gleaned from the divine voice. That opens interesting possibilities in studying the rest of Tanakh, such as comparing how Yirmiyahu and Yehezkel discussed similar phenomena from different perspectives and contexts.

But Moshe Rabbenu delivered Hashem’s truth, not his version of that truth, and much about what that Torah says and means has never been seriously debated. We do, in fact, believe in objective truth, and we are certain that we possess a document that captures important parts of that truth.

Pluralism
The recognition that we usually see the world from inside our own heads, so that whatever we are saying, right or wrong, is subjective led to an overly extreme statement, that there is no objective truth.

Similarly, the recognition that many people can be right about a topic, even if they seem to be starkly disagreeing, leads some to argue for a pluralism that denies that anyone can be wrong. Perl quotes Rav Shagar as accepting that as well, that we would never say that anyone else is wrong; we can only say that our truth works for us.

There is certainly pluralism in the Torah world as well. The Gemara famously says that eilu va-eilu divrei Elokim hayyim, all sides to Talmudic arguments are the “words of the Living God.” That has been interpreted in many ways, the broadest version being that Hashem left much of Torah open to interpretation, such that all the views espoused in a particular argument in fact are equally legitimate. They all capture elements of truth, and we can and should be pluralistic about them in that sense.

But that’s not the pluralism of postmodernists or of Rav Shagar. The Talmud is also comfortable rejecting certain ideas as baduta, beyond the pale, and certainly they were not pluralistic about the Sadducees’ approach to Judaism. To say that many views can capture elements of truth and are therefore legitimate cannot be allowed to shade over into saying that all views have some legitimacy.

This is not the place to define which are which, especially since each discipline (within and without Torah) has its own rules of the game. But when Jews look at other religions, as Perl cites from Rav Shagar, they might view some as having elements of truth, but not all of it.

A famously censored passage in Rambam’s Laws of Kings (ch. 11) says that Jesus and Mohammed were sent by God to wean the pagans from their paganism, a waystation on the path to correct monotheism.

Yet, he also comfortably denies any value to the beliefs of those who worship powers other than Hashem, as well as those who use divination or witchcraft. To recognize multiple aspects and elements of truth is a far jump from pluralism; a jump that Rav Shagar, and Perl, by extension, makes.

Building a Postmodern Orthodoxy
If markers of postmodernism are the denial of objective truth and the pluralism that extends from it, a Postmodern Orthodoxy can—and perhaps should—stress where Torah is more open than we might have realized, where the right and wrong of living a life in the service of Hashem is not as unequivocal as prior generations made it seem.

A Postmodern Orthodoxy can and probably should emphasize its openness to forms of spirituality that we have not yet encountered, as long as they do not fly in the face of the objective truths we know and they can be fit into our limited pluralism. A Postmodern Orthodoxy can and probably should stress that many aspects of avodat Hashem were left undefined by Jewish tradition, so that many more choices can fit comfortably within the world of Torah than we have hitherto modeled.

But a Postmodern Orthodox approach can never allow itself to accept what Rav Shagar seems to believe, that we can acquiesce to the denial of objective truth, that pluralism can mean all ideas are equally valid. As ma’aminim benei ma’aminim, a favorite phrase of Rabbi Lichtenstein’s, descendants of those who have faced such challenges repeatedly, we know Hashem exists, that Hashem gave us objective truth in the Torah.

There are many, many ideas whose falsity we should recognize by virtue of that Torah, and therefore reject, even as we recognize the subjectivity of much else that we say, and remain open to the maximal pluralism allowed within that framework.