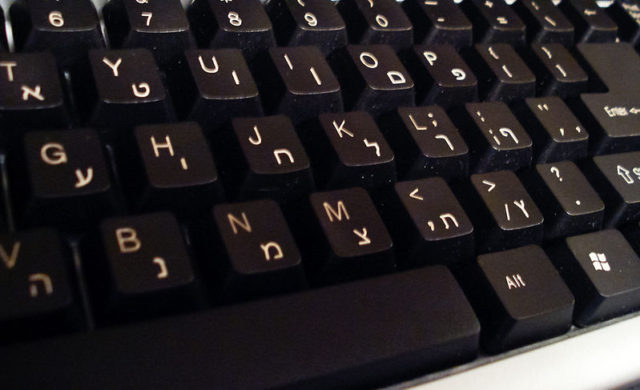 What does it mean to “democratize” Jewish learning, and is such democratization a good thing?

I have struggled with this question a great deal, and was intrigued to see Zev Eleff’s recent article, “Digital Discourse and the Democratization of Jewish Learning.” Once I read it, though, it became apparent that he was only addressing the issues from one direction (those being provided access to Jewish texts), and I feel compelled to raise some questions from the other direction (those doing the providing) as well.

On one hand, I freely utilize and am eternally grateful for the vast array of material available at the click of a mouse. The bulk of my work as a freelance Jewish educator and writer is done in coffee shops, and while I used to enjoy setting up in a Starbucks with my pile of Humashim and Gemaras, I also enjoy the freedom to carry nothing but my laptop. I miss the feel of pulling books off of shelves and turning pages, I miss the conversations with total strangers who would see me with my odd books and ask random questions about Jews, and I even miss old-fashioned cutting and pasting when I make my handouts – but I get over it for the sake of accessibility, ease, and speed.

So democratization from the side of the learner, in the sense of texts being more readily available to all, sounds great to me.

But what about from the other direction? What happens when the teaching or providing of Jewish texts is also democratized? When we offer a platform from which anyone can share a text, without vetting for accuracy of the transmission? When anyone who thinks they know something has the freedom to publish their translation or explanation? What happens when these texts are published online and innocent bystanders, who just want a little bit of Jewish learning, come across something that is incomplete or even untrue?

I’m thrilled to allow “just anyone” access to texts – but I worry about the integrity of the texts they’re accessing.

As an example – I have encountered several texts on a popular website that were mistranslated and/or had large swaths of personal bias mixed in with the translation. (At least one said the exact opposite of the Hebrew text!) If I were using that site and didn’t happen to know Hebrew, or didn’t think to check the original Hebrew text, I would have thought that was actually what the text said.

Certainly every translation is inherently interpretation, and of course errors have always been rampant in printed texts as well. Certainly, too, readers should be responsible about what they read – especially on the internet, especially in the age of Wikipedia, and especially in the more recent era of “fake news.” As readers and learners, we all have a responsibility to do our due diligence, to read critically and to remember that not everything we read is true.

But the responsibility cannot lie with the reader alone. It takes education and awareness to even realize where potential pitfalls lie or how to avoid them, and providing material on the internet means it will be accessed by untold numbers without that background – much greater numbers than would wander into a bookstore and pick up a book. That accessibility is good, in theory. But the more widely a text is spread, the more diverse the population that might access it – the more responsible we have to be with what is transmitted and how.

If the purveyors of Jewish texts in today’s world want to provide texts and translations online, I commend them. I am grateful. And I want to see those texts riddled with disclaimers. I want to see a reminder on every page of translation that translation is inherently interpretation and can never be viewed as the conclusive meaning of a text, an attribution right there on the page (that doesn’t require another click) to the source of the translation, and an acknowledgement of the potential for errors. This is especially necessary for websites open to community submissions.

Of course, printed books might have the same pitfalls. I came across a particularly glaring mistake years ago, in a printed translation of Ein Yaakov, that I still use as an example to show my students the dangers inherent in relying on translations. (And of course, much of what is available online started in print.) I’m a fan of disclaimers; I wouldn’t mind seeing them in books as well. But books are different from web pages. One is unlikely to happen upon an obscure and imperfect printed translation of Ein Yaakov because of some vaguely curious Googling; the odds are much greater that more people with less background will happen upon information online than in print.

With so much available on a silver platter, it’s easy for internet users of all stripes to fall prey to “the perils of shallow reading and lazy shortcutting,” as Dr. Eleff points out; it’s easy to forget that true knowledge requires time and “painstaking bekiut.”

If the texts that make up our treasured heritage are to be served on that silver platter, we need to make sure that perceived “knowledge parity” (to borrow Dr. Eleff’s phrasing) is real, that the information offered to all alike is solid. There is no knowledge, and no knowledge parity, when readers simply think they know something, not realizing the information is actually erroneous or misleading.

New hiddushim are great, and can indeed come from Torah scholars and laypeople alike – but only if those hiddushim are rooted in an awareness of what is and is not, or may or may not be, an accurate piece of Torah. If teachers are going to “surrender their monopoly on facts,” they need to make sure their students know how to ascertain what is and is not fact.

It is only when the dwarf sees the giant for what he is that he can climb on that giant’s shoulders and reach for the sky.