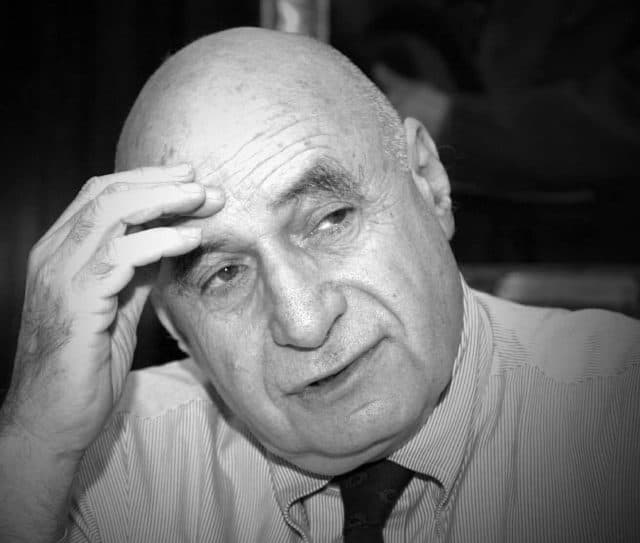 On June 27, 2017, Peter Berger passed away, and the world lost one of its greatest thinkers and writers on the sociology of religion in the modern world. Berger was born to a Jewish family in 1929 in Austria, and the family converted to Christianity in his childhood. After spending the war years in Palestine, Berger immigrated to the United States, where he had a long and illustrious career as an academic sociologist, writing on the social theories of knowledge and religion. In Jewish circles, he is perhaps most famous for his ideas about the nature of religion and religious belief under the conditions of modernity.

Fortunately, Alan Brill recently authored two impressive blog posts on Berger’s writings and how they compare with and influence some of the modern sociological and philosophical Jewish writings. His writings explain (and often predict) several features of contemporary American Jewry, including: the decline of non-Orthodox movements; the fragmentation of Orthodoxy despite its successes; the failure of established institutional frameworks; and the importance of “doubt” for the adaptation and survival of contemporary religious groups.

Among Berger’s myriad observations about contemporary religion in his voluminous writings (and bloggings), many of which have significant implications for Jewish communities, I would like to focus on two groundbreaking propositions that are particularly instructive for the Orthodox community, of which I am a part.

The first rejected longstanding twentieth century sociological theories that religion was becoming less and less relevant to modern man. Earlier scholars argued that, in the past, religion gave meaning and purpose to everything, including illness, war, and natural catastrophe. But with the advent of modern technology and science, man no longer needed religion’s classic function of providing order and structure to life’s seeming chaos and arbitrariness. Man was evolving into a secular being who no longer needed a deity to explain everything. Rather, science explained and governed the world, rendering religion redundant.

But this theory didn’t match the facts on the ground. While certain parts of the world, like Western Europe, were indeed becoming more secularized, religion in other parts of the world and religious groups other than mainline Protestant Christianity—notably Mormonism, Islam, and Orthodox Judaism—were becoming much stronger.

Berger concluded that the weakening religious movements had traded in core religious tenets for modernist and universalist ideologies. His theory certainly helps explain the trend in North American Judaism, in which non-Orthodox denominations, which emphasize universalist notions like “tikkun olam” and social justice, have weakened, while Orthodoxy, with its emphasis on the particularism of halakhic observance, has grown stronger.

Berger also recognized the need to modify earlier theories in order to explain why certain religious configurations, such as Orthodox Judaism, were experiencing growth. Instead of modernization leading to secularization, he concluded, modernization leads to pluralization. That is, modern man’s access to so many intersecting ideas and cultures does not lead him to reject religion, but rather allows him to choose the kind of religion he prefers.

Once, an institutional church community offered a person raised in it only one way of doing things. Today, everyone has exposure to a multitude of religious cultures and experiences and can freely choose how to express their personal religious sensibilities. So while mankind is not necessarily becoming less religious, religious expression and practice are becoming more pluralized.

This provides a rubric for understanding the growth of “indie minyanim,” the “shtiebelization” of communities (primarily, but not only, within Orthodoxy), and the rejection of one’s parents’ Judaism in favor of neo-Hasidic minyanim, partnership minyanim, beit midrash minyanim, and a host of variations and combinations of these themes.

Pluralization isn’t limited to religion. Society has also come to expect plurality in the way it consumes products. Today, every cup of coffee is custom-tailored for the individual. Prego, as Malcolm Gladwell recounted elegantly in a TedTalk, saw the modern consumer’s desire for the perfect spaghetti sauce they could call their own, and revolutionized the industry. Instead of marketing just one sauce, they featured spicy, extra chunky, and other varieties far more compelling than “plain.” Taken in this context, many Jews’ desire to have Yiddishkeit done their way, including the “spicy” and “extra-chunky” varieties, is perfectly understandable.

Berger observed that the down-side of pluralization was that it leads to a weakening of our religious institutions, since as people splintered apart, the mainstream invariably weakens. We are witness to this weakening in many Jewish communities where the old-style institutions that haven’t changed the way they do business, e.g., by maintaining only the cathedral-style service, are shrinking, while the avant-garde, experimental shuls and shtieblekh are gaining strength. The same may be stated about some of our Jewish day schools, yeshivot, and seminaries.

Berger’s second proposition is a direct outgrowth of his first: religious institutions must adapt to the pluralizing forces of modern society. How is that done? Through “doubt.”

In Praise of Doubt: How to Have Convictions Without Becoming a Fanatic

(co-authored with philosopher Anton Zijderveld) posits that in every person’s mind, there are two polar extremes:  fundamentalism and relativism. Fundamentalism refers to those things that I maintain to be dogmatically reliable and true; they’ve always been this way and they always will be. Fundamental beliefs are in things like the sun rising in the east tomorrow morning or my parents always bailing me out of financial crisis.

With respect to religion, a fundamentalist maintains a long list of religiously-held dogmas. That list may include basic religious axioms, such as belief in God, belief in the divinity of the Torah, and belief in Divine Providence. But a fundamentalist’s list might also include certainties that are not theologically dogmatic to Judaism, but which the person nonetheless believes to be absolutely true and necessary.

For example, many Orthodox Jews’ religious Zionism demands that they align with a particular political ideology on Israel. For others, it’s a given that when I look for a prospective mate, I will use the shiddukh system that is in vogue in my community. Because these are part of one’s fundamentals, anyone who is politically different or who does not go through the shiddukh process is simply wrong.

Clearly, excessive fundamentalism is unhealthy, because it leads to intolerance of others’ practices and ideas. Furthermore, a person who is so certain that what he is doing is correct will not bother to scrutinize the details of his system to verify that there are no latent flaws. And when flaws are left unquestioned, they will never be rectified.

Relativism is the other end of that spectrum, where one may have an agnostic, laissez-faireattitude toward others’ practices or beliefs; I’ll do things my way, you do things your way. For example, one person may daven in a certain kind of minyan or shul, but doesn’t begrudge another for choosing a different shul down the road. Other examples would include personal choices of observance such as mode of dress and hair covering for women, how often a man attends minyan, one’s reliance on a particular rabbi, and so forth.

Berger asserted that either extreme is unhealthy for religion and unhealthy for the society wherein that religion resides. For example, if a child makes religious choices that do not conform to her parents’ choices, the break between parents and child could be disastrous if the parents’ fundamentalist reaction results in the child being completely ostracized by the family and community.

Yet religious relativism, just like its cousin, moral relativism, is equally disastrous. If there are no foundational principles, if everything goes, then religion is a sham. If we don’t shun intermarriage and other banned relationships, if we don’t declare certain kinds of Biblical Criticism to be beyond the pale, or if we condone serving non-kosher food at Jewish events, then in what sense is Orthodox Judaism orthodox?

This is where every person and community must find their golden mean between fundamentalism and relativism. This is what Berger meant when he praised doubt. Outside the dogmas of our faith, we benefit from questioning those things that have always been formal institutions and structures of our religious communities but aren’t integral to our faith. By introducing a modicum of relativism into our fundamentalist lifestyles, we might arrive at the realization that not everything we’re doing is good. And that’s how positive change comes about.

Furthermore, we must acknowledge that it’s simply impossible for some of our old institutions to maintain the status quo. Facets of everyday life are constantly changing—materially, technologically, and culturally—and these changes give us no choice but to adapt to new realities on the ground.

To take just one example of many: The North American Jewish day school system is currently in a state of crisis because the cost of day school education has outpaced the earning power of most Orthodox Jews, who form the primary population base for these schools. Moreover, priorities have changed, and even with the Orthodox community’s increased earning power, certain lifestyle features—vacations, summer camps, multiple cars, single-family homes in the suburbs—that were unthinkable a generation or two ago have become non-negotiable. Consequently, Orthodox families are beginning to question how these “necessities” can be reconciled with the necessity of a yeshiva education.

As a result, the institutional “fundamental” of private Jewish education is beginning to erode. Much has been written about this to date, but one thing is clear: if we don’t do something, and do it fast, the crisis will snowball.

Orthodox communities should be taking Berger’s “praise of doubt” seriously and start questioning its social structures. This is the only way it will be able to come up with viable responses to ever-changing societal mores. Let us carefully identify and protect our unalterable religious dogmas and practices while putting everything else on the table for scrupulous scrutiny.

Let us carefully examine those areas of institutional Orthodox life that are facing serious challenges. The economics of an Orthodox lifestyle clearly have to be reexamined, and we need to reassess what should and should not be essential to the Jewish home. Are those institutions that are deemed to be in crisis, such as the shiddukh and day school systems, really in crisis? Is it possible that we’ve become too fundamentalist in our view of these relatively modern inventions that are in need of a serious overhaul?

In the past, Orthodox Jews were taught that they need to be allergic to any kind of doubt. The way we do things, we were told, is the way things have always been done and are an essential part of our Orthodoxy. Tamper with anything, and one risks unraveling the entire system that has kept our communities alive for thousands of years. When it comes to our dogmas and core religious practices, that’s still largely true. But when it comes to our social structures, we’d do well to tip our hats to a wise apostate Jew, embrace doubt, and shatter the false gods we have created.