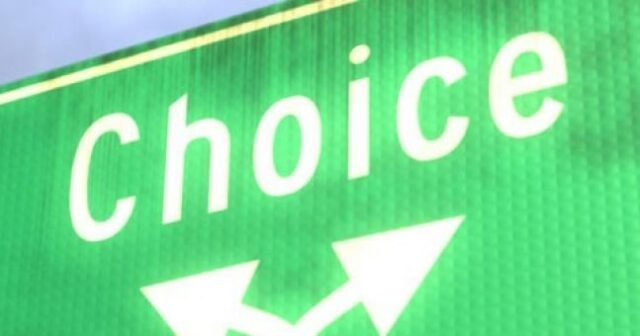 Dr. Shana Strauch Shick and Dr. Yoel Finkelman, both esteemed colleagues, are to be commended for their thoughtful paper on the question of women’s participation in public discourse. There is much I agree with in their formulation, and, in particular, I commend them for articulating practical guidelines, directions, and solutions to pave a path for more inclusion of female voices in Modern Orthodox discussions. At the same time, there is another aspect of the conversation that I would like to address.

I agree wholeheartedly with their thesis that when women’s voices are not heard, our entire community is impoverished. I also firmly agree that to the degree that biases within our community exist, they should be addressed and corrected.

The practical suggestions put forth in their piece for both organizers and participants are excellent. Having been on both the participating and organizing side of various forums, I find these suggestions to be an invaluable contribution to this issue, and I strongly support and encourage their implementation. Therefore, I applaud this practical step forward to ensure equality of opportunity to women.

This premise has been posited by various studies that suggest that even when policies were implemented to ensure equality of opportunity, the needle did not move much when it came to outcome in areas such as career choices, with some studies even claiming that in societies with the most equality of opportunities, the differences in gender choices were more pronounced.[1] I suspect the conclusions are not fully settled on this question, but I am mentioning it because I’d like to suggest that we make room for the possibility that there is something in these trends worth noting.

It is important to recognize that not all disparities in equality of outcome are a result of problematic systemic structural or educational messages that should be eradicated. Those exist. However, leaving aside the tricky-and virtually impossible to decipher-question of nature/nurture, some of these differences may have to do with different choices that women are making, and different ways in which men and women may choose to interact with the world and with other people –ways that are different, but equally valid and valuable.

This idea has been around since Carol Gilligan, a second wave feminist, who argued that women’s approaches to moral reasoning were not inferior to men’s; women just used a different paragidm.  But we seem to have reached a place in public discourse where we view all disparities through a lens that mainly, if not exclusively, sees them as a result of inappropriate systemic patterns that must be corrected. For example, a recent New York Times article discussing “mansplaining” frames it solely through the lens of overbearing men imposing upon mistreated women. When considering this phenomenon, what comes to my mind is also Deborah Tannen’s work on linguistics, in which she analyzed the different interaction patterns of men and women. Men in conversation are generally interested in discovering who is “one-up” and “one-down” in the conversation, establishing a pecking order to create the clarity needed to achieve their objectives. Women are often more interested in connection, and when in conversation, are frequently willing to be more agreeable, as well as to understate their own achievement, in order to create a more comfortable and level playing field for all. If Tannen is correct, this is a broader and more charitable lens through which to understand male patterns of behavior, and one that sees an underlying value in the female patterns.

One can certainly argue – and I do – that men should learn to make more space for women’s voices, and that women should practice speaking up and taking their seat at the table. And when men are truly acting in ways that are boorish and over-domineering, that should not be tolerated. Still, we can recognize the possibility that complex patterns of behavior are often at play, and that the different models have something to contribute to our shared human experience.

What does all this have to do with “manels”? My contention is that the conversation around this issue needs to go a bit deeper. We should always work toward equality of opportunity, but some of the reasons we may not always have equality of outcome may have to do with women’s choices that are not bad and that do not have to be socially engineered away.

What would these various differences be? I have no idea – well, I may have some ideas, but the point I’d like to make is that this is a conversation we should be having. I would be interested in hearing from women regarding their thoughts on these questions and issues. In your life, where do your interests lie? What are you valuing and prioritizing, and why? In which places would support and education be valuable to help adjust patterns of behavior that are not serving us well as women? Where do you believe societal change needs to happen? In which places are you suggesting different choices, perspectives, and ideas that, if made room for, may improve our society? Of course, it should go without saying that women are not a monolith, and there will be a great variability among women’s responses, and that the shared humanity between men and women is greater than potential differences between them. But expanding the scope of discussion in this way will ultimately enrich us all.

My proposal therefore is that we keep working assiduously for equality of opportunity, and work against deleterious cultural and social forces that prevent women’s voices from being part of the conversation, as enumerated in Dr. Schick and Dr. Finkelman’s piece. At the same time, we can and should make space for broader conversations among women to figure out what issues motivate and animate their choices around this topic. We should even allow for the possibility that when it comes to equality of outcome, the results may reflect the fact that women may make choices out of autonomy, personal preferences, and proclivities that have value and should be explored and appreciated.

A final word about the conversation on this topic on social media. When it comes to online discourse, we would be better served if our reflexive response would include less automatic outrage – for example, we should not use social media as a bully pulpit to excoriate organizations that we know little about – and more good will. There are many people of good faith striving to bring more gender balance to the public forum, and if we see inequality of outcome in a certain situation, it may not be because there was not a good-faith attempt at equality of opportunity. I also do not believe that we should engineer reality to fit our expectations. For instance, I have seen calls to ban or cancel panels if, even after looking, a woman could not be found to participate.  This approach does not seem to me to be conducive to expanding the horizons of knowledge.  Instead, we should empower women to say no when that feels right to them, empower them to say yes when that feels right, and actively encourage them to add their voices to the conversation.  If we adopt the excellent policies set forth by Dr. Schick and Dr. Finkelman, I hope we will see and hear from more and more of the women who have so much to contribute to our community.

[1] Note, for example, https://www.weforum.org/agenda/2018/02/does-gender-equality-result-in-fewer-female-stem-grads and