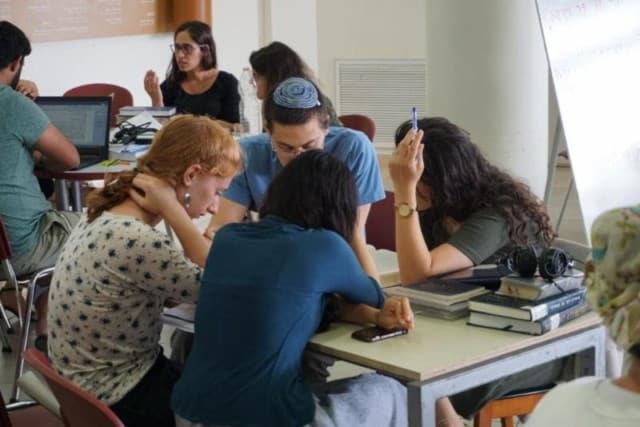 Thank you to Rabbi Saul Berman for his essay about the deliberations and planning that led to Rabbi Joseph B. Soloveitchik’s opening shiur at Stern College in 1977 and, especially, for sharing the Rav’s closing words on that occasion. “I hope that next year you’ll know a lot, lot more” is a fitting blessing for all of us at the beginning of this new year, and an especially meaningful wish for those of us who, because of the limited opportunities that have been available to us, will always feel behind in our learning.

With gratitude to Rabbi Berman and his colleagues for their part in opening learning opportunities to women in the Orthodox community, I feel compelled to take issue with Rabbi Berman’s two closing points. To my knowledge, the Rav’s participation in the opening of Stern College’s Beit Midrash did not close down the debate on the issue of women’s Talmud study within the Modern Orthodox community. And, to my understanding, the great strides that women have made in Torah learning and leadership over the past four decades were not fueled by this particular moment in the history of Stern College. I will briefly address each of these points and then respond to both together in my closing comments.

Unfortunately, Talmud study for women has continued to be a contentious issue within the Modern Orthodox community. When Ma’ayanot Yeshiva High School for Girls was founded, nearly twenty years after Rabbi Soloveitchik’s shiur in Stern College, the school’s plan to have serious Talmud study for its students was a source of significant controversy within the Teaneck community, many of whose members are Yeshiva University graduates.

And, just two years ago, Rabbi Mordechai Willig—the person who, as Rabbi Berman notes, was tapped to give the more advanced Talmud shiur at Stern in 1977—suggested that “the inclusion of Talmud in curricula for all women in Modern Orthodox schools needs to be reevaluated.” So, while there is no denying the radically increased opportunities for women to learn Talmud over the past decades, within the Modern Orthodox community and even within the very community that sees itself as having been shaped by Rabbi Soloveitchik and his teachings, the debate about (the advisability of, if not about the permissibility of) Talmud study for women is ongoing.

The growing opportunities for women to study Talmud are nicely symbolized by the photograph of Rabbi Soloveitchik teaching a roomful of women that accompanies Rabbi Berman’s essay. But the claim that the moment captured in that photo fueled this sea change reflects a constricted view of how change happens in general and how this particular change began and continues to intensify to this day.

Around the same time that Stern College was introducing its Beit Midrash, young college women spending a year in Israel approached Rabbi Chaim Brovender, head at the time of a men’s yeshiva, and asked him to give them a Talmud shiur. “Brovender’s,” later Midreshet Lindenbaum, was born. And women on the Upper West Side of Manhattan approached a young rabbi who was teaching in a (soon to close down) men’s yeshiva and asked why there wasn’t a yeshiva for them. Rabbi David Silber (my husband) seeing a need that wasn’t being met and needing a place to teach, founded Drisha Institute—a yeshiva that that set no limits on what a woman could learn or how a woman could serve and that, just a few years after its founding, offered a full-time stipended kollel for women.

This confluence is of course no coincidence. “The place God calls you to is the place where your deep gladness and the world’s deep hunger meet,” writes Frederick Buechner. It was a time of deep hunger, and men like Brovender and Silber—and, later, other men and women who founded and built women’s learning programs—heard the call.

Women who were desperate to enter into the gates of Torah study, men who held the keys to those gates, and of course a changing world of opportunity for women and changes in the way that women saw themselves and that men saw women—these things together shaped the beginnings of women’s access to Talmud study, something that took shape in several different places at more or less the same time and that is continuing, with greater and greater force, to this day.

Bathtub Mikvaot and The Curious History of a Halakhic Libel

Personal Autonomy in the Thought of R. Nachum Eliezer Rabinovitch

The Ending of All Endings: In memory of my Zeida, Rabbi Dr. Norman Lamm, zz”l