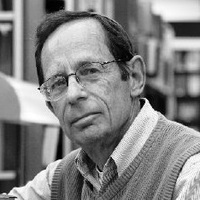 My teacher, Professor Yaakov (Gerald) Blidstein, passed away on Thursday. Although I only met Professor Blidstein a few times, his profound effect on my thinking and writing was inestimable. For me, Professor Blidstein was a model scholar. His close reading of sources coupled with an appreciation for the best of both traditional and modern approaches to Jewish texts was virtually unparalleled among contemporary scholars. Professor Blidstein was also a wide-ranging authority who contributed to topics that range from the rabbinic period to the Geonim of Baghdad, Maimonides, and contemporary Jewish thought, particularly that of his revered teacher, Rabbi Joseph B. Soloveitchik.[1] Professor Blidstein’s search for truth knew no bounds, perhaps only rivaled by the rigor of his analysis. He had a keen ability to suss out the central questions of any historical or philosophical problem, and his writings teem with illuminating insights into even well-studied periods of Jewish intellectual and cultural history.

My copies of Professor Blidstein’s many monographs brim with notes. His writings on Maimonides reward a close reading, more than almost any other writer of his generation. By way of a straightforward example, Maimonides famously asserted that after composing the Mishneh Torah there would be no need for any intervening work between the Torah itself and his own compendium. The audacity—or even arrogance—of this claim attracted criticism and denunciation almost immediately, and scholars continue to interrogate its ramifications vis-a-vis Maimonides’s approach to the Talmud and its meandering dialectical reasoning. Yet, Professor Blidstein noted, focusing on one aspect of Maimonides’ assertion obscures another, arguably just as interesting, point: Given that the Mishneh Torah encapsulates both the Written Torah and the Oral Torah, why would a reader need the Written Torah at all?[2] While we can only speculate as to the answer to this question, and Professor Blidstein himself certainly could not respond to it definitively, this insight suggests new vantage points from which to consider a figure who has attracted more scholarly attention than any other Jew.

Even minor points in Professor Blidstein’s publications are worthy of attention. In an important 1991 article that considers future directions for Maimonidean scholarship, Professor Blidstein called attention to the fact that even though many had enumerated the 613 commandments prior to Maimonides, nobody before him had crafted a working definition of a “commandment.” Some twenty or so years later, a handful of then-graduate students (myself included) took upon themselves the task of working through Maimonides’ approach to this question, and Professor Blidstein’s initial forays continue to guide all considerations of this line of inquiry. Professor Blidstein writes of Maimonides’ attitude to this conundrum: “his predecessors…did not merely fail at the task—they simply did not take it seriously, they did not attempt to understand what was required intellectually.”[3] In so many of his own writings, we might repeat this same assessment: Professor Blidstein himself called attention to field-defining problems that had somehow been overlooked by generations of Maimonides’ readers.

Given the influence that Professor Blidstein had on my own thinking, I was incredibly honored when he read my dissertation and responded with animated notations of his own. (In all honesty, I think what drew him in were my copious citations of his publications.) In our exchanges over email and in person he expressed no qualms about learning from a young student, inquiring as to my opinion about matters that were the subject of his own definitive articles published years earlier, and asking me about issues that were at the forefront of his current research. I have sensed an impending loss due to his illness over the past few years. I am deeply saddened that I can no longer seek out his wisdom and discernment concerning my own contributions to the fields that he helped shape.

I am in no position to more fully assess Professor Blidstein’s vast contributions to Jewish Studies and Jewish thought, which will attract interested students for years to come. For now, I mourn his passing, wish his family consolation, and take comfort that through his numerous works, siftotav dovevot ba-kever.

[1] Professor Blidstein’s 1968 doctoral dissertation treated tractate Avodah Zarah and the rabbinic approach to idolatry. His numerous studies of Maimonides and other medieval thinkers can be found on his Academia page. Many of Professor Blidstein’s essays about Rabbi Soloveitchik are collected in his Society and Self: On the Writings of Rabbi Joseph B. Soloveitchik (New York: OU Press, 2012).

[2] I first heard this question from Professor Blidstein in oral conversation; he subsequently formulated it in “Upon them we shall meditate”: Studies on Maimonides’ “Laws of the Study of Torah” [in Hebrew] (Be’er Sheva: Ben Gurion University of the Negev Press, 2017), 61. See further Ezra Blaustein, “Cataloging Revelation: Echoes of Islamic Legal Theory in Maimonides’ Sefer ha-Mitsvot” (Ph.D. Diss., University of Chicago, 2019), 21-28, 191-96. I offered some preliminary analysis of Maimonides’s approach to the relationship between Scripture and law in “Two Themes in Maimonides’s Modifications to his Legal Works,” Journal of the American Oriental Society 139, no. 4 (2019): 914-18.

[3] Gerald Blidstein, “Where Do We Stand in the Study of Maimonides Halakhah,” in Studies in Maimonides, ed. Isadore Twersky (Cambridge, MA: Harvard University Press, 1991), 27. On this topic, see subsequently Albert D. Friedberg, Crafting the 613 Commandments: Maimonides on the Enumeration, Classification, and Formulation of the Scriptural Commandments (Boston: Academic Studies Press, 2013), 36-46; Blaustein, “Cataloging Revelation,” 102-39; and Marc Herman, “Systematizing God’s Law: Rabbanite Jurisprudence In The Islamic World from the Tenth to the Thirteenth Centuries” (Ph.D. Diss., University of Pennsylvania, 2016), 252-73.