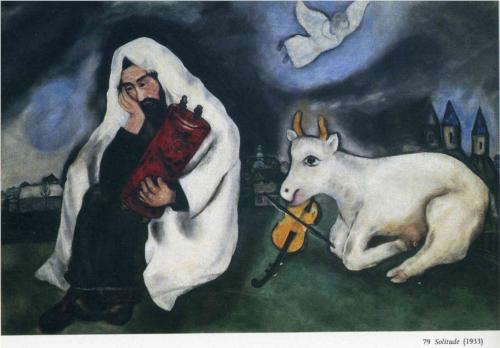 There was no Talmud class beyond the beginner’s level in my high school.

Actually, there was one.

It was not for girls.

I learned with a havruta in the high school hallway. One day, my havruta was wrong. She did not know that she was wrong. I told her. She objected. I explained. She restated her view. I said, look at Rashi. She said, look at the Mishnah. I insisted. She persisted. It occurred to me that I might be wrong. I did not like this. I raised my voice. She got excited. I rephrased my point and it did not make sense anymore, something clicked, we were so close, understanding glimmered, and then a Rebbe walked out of the nearest classroom.

“Will you girls please keep it down? We’re learning in here.”

We looked up, confused, frustrated.

A science teacher hurtled out of the laboratory next door, brimming with indignation and the fragrance of formaldehyde-soaked frogs. He announced that he had never heard such contempt in his life, that he never wanted to hear me disrespect a Rebbe like that again, that he was disappointed in me. The Rebbe retreated, closing the classroom door on his rows of gleeful boyish faces, and I did not get the chance to tell anyone that I did not want to be disrespectful.

I just wanted somewhere to learn.

I told my Stern College interviewers that my favorite historical figure was Marshal Joseph Joffre (I liked the moustache), my role model was my big sister no maybe my math teacher no wait my pet beta fish (who just died) (but it wasn’t my fault) (mostly), my learning moment was that time I handed my hanikhim an entire jar of marshmallow fluff, probably should have thought that one through a bit more … I told them that I wanted to devote my life to hinukh. I wanted to teach Torah.

One interviewer leaned across the table and informed me that Yeshiva University is the Harvard of Torah study. I did not know what that meant but I nodded. One is supposed to nod at one’s interviewers. One is not supposed to mention that hour in my principal’s office when I asked the Yeshiva University Dean of Admissions the same question in every possible way: will you teach me like you teach your men? He had every possible evasion, every possible way of not saying the answer that we both already knew before we walked into the room.

If there is a Harvard of Torah study, it is the college that offers hours upon hours of beit midrash study and a dazzling array of Talmud shiurim, a college in which the present and future Rabbanim and Poskim of American Modern Orthodoxy question and argue and learn together, a college to which women need not apply.

My shanah aleph havruta graduated from Stern and then there was nothing for her. Once we dreamt up an imaginary school together. A school for driven women, women who would be in the beit midrash when the world goes to sleep and when the world wakes up and when the world ends. We would have one of those Ramim, the kind our friends have in the Gush, the kind who show up at the women’s schools for an hour or two of community service teaching each week before scurrying back to their boys, the kind whose words waft across Shabbat tables and through classrooms back home in America.

Our fantasy collapsed, leaving that handful of women huddled on rooftops, waiting for the son of Azariah to open the advanced yeshivot to those whose insides do not resemble their outsides, to those born with the passion of Ben Azzai in the body of a woman.

“But whatever the reason, despite forty years of women’s Talmud study in the Modern Orthodox community, top-tier Torah mastery has yet to find its way into the circle of women’s learning.” I once walked into a beit midrash. I loved it there. I loved the intricacy and the incision, the arguments and the ambiguities, the edifices of interpretive possibilities. I loved them so much that it took me a long time to notice.

The walls of the beit midrash were closing in.

“Today, I do not advise young women to follow my path. It’s too hard. It’s too risky. Even now.” Ignore the carob tree, the river, the girl. The walls are closing in. The daughter of a voice protests. No one listens. Someone slinks away from the table because no one taught her how to ask. “When I opened up a gemara after all those years of learning from source sheets,” my mother told me, “it was like seeing television in color after a lifetime of black-and-white.” My sons have defeated me. My sons have defeated me. The Torah is not in Heaven. The Torah was given to men, and they do not share.

This is not my beit midrash. I left high school early so I could study in a seminary that emptied out early most nights of the week. I tried a different seminary and still found myself in gemara seder for barely half as long as my male peers. I applied for a fellowship to study Torah over winter break from an organization that claims to support Migdal Oz and Gush alumni. They would give me the funding despite my gender, they said, but they would not include me in their published list of fellowship recipients. I shrugged and thanked them, grateful that they would invest in me even if they could not be proud of me.

My friend applied the next year. She is brilliant. The response: “Thank you for your application (sic) Whilst we would love to be able to offer scholarships to Migdal Oz alumnae, our current budget will not allow us to do so.”

They told us we could fly and handed us wings made out of source sheets.

I once walked into a beit midrash. “Sufferings are good for the Jews like a scarlet strap on a white horse,” said the gemara. Something glimmered. Something I once heard in a desert far from the beit midrash, where a professor who did not know Hebrew taught me things that were not Torah. Ancient Greek authors were very interested in white skin on red blood, she had said. That was a different canon.

But what if it doesn’t matter. What if Torah can be given in a desert. What if there are sacrifices that one can offer outside of Jerusalem. What if, far out in the wilderness, goats leap from a cliff in the name of a strange demon and turn the threads of the sanctuary from scarlet to white. What if I need to leave the beit midrash to learn Torah.

Sometimes I want them back. Sometimes I miss the kind of Torah that I lost. But it was never mine anyway.

When tomorrow your daughter asks you what happened to the talmidot hakhamim, tell her that they were here. Tell her how they patched together absurdly complicated learning programs on career routes to nowhere, how they watched less qualified peers plunge into the best yeshivot where they could never dream of learning, how they fled to medicine and law and basic education and academia and anywhere that would believe in them. Tell her that they were here and we failed them.

Tell her that, had she been there, she would not have been taught.