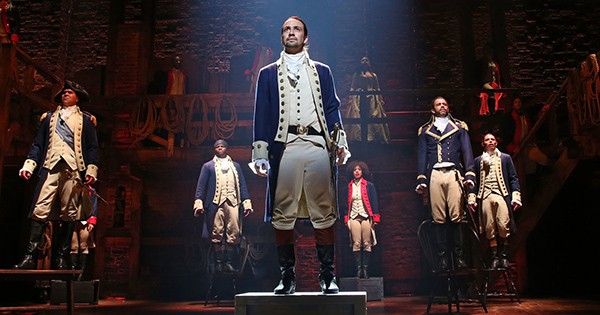 People love Hamilton for a myriad of reasons. Die-hard fans would say Lin-Manuel Miranda, multiplied by a million. Others would say it’s the rhythm of the music, the fast-paced wit of the lyrics, the passion of the actors, and the surprising relevance of the entire concept. It’s about the melding of the historic world of our founding fathers and the progressive world of the performing arts. And perhaps most significantly, it’s the inspiration the show has given American youth, transforming how students view American history in classrooms around the country.

At its core, Hamilton is the story of an underdog. An American underdog who, due to his blood and sweat, bequeathed to us the freedoms we enjoy today. Somehow, we as twenty-first century Americans—and human beings—can relate.

The first time I was exposed to the music of Hamilton was on the Youtube Hamilton playlist. It doesn’t take more than the first stanza of the first song to realize Miranda’s rare talent. I could discern that his melodies and lyrics had this quality of capturing something. It was as if he had uncovered some primordial melody of ancient proportions, one that’s so good it must have always been there.  Of course, I loved it, but there was more.

As I experienced the depth of Miranda’s melodies and lyrics, something deep and Jewish welled up inside me. That there’s an Orthodox underdog. The baal teshuvah. The convert. And he, like Hamilton, came from nothing and pulled himself up by his bootstraps to get himself educated, to take on mitzvah observance, to incorporate Judaism into his every waking hour, and he’s a hero for it. And FFB’s look to him for inspiration, and wonder with wide eyes why he decided to take on the restrictions of religious living.  He knows he gave up so much for something he knew was worth fighting for, for the person he wanted to become.

I listen to some of the lines from the song “Alexander Hamilton” and think about these people. My friends who are role-models to me. I think about myself and how I also came into the religious community “disadvantaged” without a background and worked so hard to catch up to my peers in high school who were born with it. That it was my lack of background which built my grit and propelled me to set goals and achieve them. It’s because I never had it to begin with.

The ten-dollar Founding Father without a father
Got a lot farther by workin’ a lot harder
By bein’ a lot smarter
By bein’ a self-starter
…
Will they know what you overcame?

I listen to the music and think about my high school years, when I worked so hard on my Judaism.  All the questions I asked and all the learning and reading I did. Sitting by the glistening Gulf Coast under an umbrella reading Worldmask by Rabbi Akiva Tatz. Going to a summer program in Israel where I could “catch up” in my learning. Grabbing havrusas with friends Friday nights on NCSY shabbatons. Pushing myself to find every opportunity in seminary to “read and translate.” Taking all the text-based classes so I could “improve my skills.” Being disillusioned when girls would come to Nach Yomi wearing pajama pants under their skirts, since this was the part of the day I lived for. Because for many girls, the seminary learning experience was an extension of high school. For me, it was the first real chance I got.

A voice saying, “Alex you gotta fend for yourself”
He started retreatin’ and readin’ every treatise on the shelf

We’re all underdogs. The religious experience waxes and wanes. In seminary they warn you, “if you’re not going up, you’re going down.” Let’s say that’s true, I no longer view it as a bad thing. Because as an adult, I truly believe that rising and falling  is part of the human experience. But I don’t actually believe this adage is true. Maybe there is an alternative to the growing/falling dichotomy. Maybe I’m treading water. Maybe I’m trying to simply do what is required of me—without any humra or hiddur or even kavanah—because that’s all I can give right now. And maybe I’m doubting and struggling and putting some stuff on the back burner—for now. Is it really possible for a human to be consistently inspired and inspiring? I have come to realize that the point is to accept reality and somehow, by desperately pulling up our bootstraps, get going back up.

There are times when spirituality is elusive. My day-to-day survival takes precedence, and I wonder how people are actually able to keep their lives focused on the transcendent. To truly live the values they hold deeply true—and pass them on successfully to their children. To do the type of mussar work and character improvement which are at the foundation of Judaism, and not just fall victim to one’s personality. Sometimes it is overwhelming. The intensity of my youth has been replaced by the reality-check of the responsibility and requirements of adulthood. Yet when I see glimpses of spiritual greatness in friends, family, teachers, and role-models, the flame flickers yet again and I find myself never satisfied.

Americans appreciate the themes of Hamilton—ambition, determination, optimism, relentlessness—because it gives us hope. It’s the stuff classics are made of. To see a human being overcome “from whence he came” is existentially inspiring. We’ve all been there, literally or metaphorically.

As an Orthodox Jew, I appreciate the themes of Hamilton because I view living an observant life as a life of spiritual ambition, determination, optimism, and relentlessness. It’s never easy, and it takes a whole lot of courage and tenacity. There’s a lot of pushing out of my comfort zone. But it’s a battle not only worth fighting, but a battle I was born to fight.

The people who chose to join the camp willingly are those I look up to for strength, but I also look to those who were born with it and realize that they too have battles only they know, and are underdogs just the same. The words of Hamilton inspire me to think about my place as a Jew in a new light, and provide a call-to-action for us all in what we can achieve in this world.