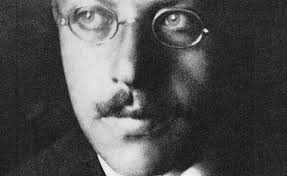 There is an old Ashkenazic custom to visit the graves of Jewish saints on fast days, and particularly on the day before Rosh Hashana.[1] Rabbi Jacob Moellin of Worms, Germany (better known as Maharil) explained this practice:[2

He said that another reason appeals to him: a cemetery is the resting place of the righteous, and therefore is a place of sanctity and purity, and prayers are better received on holy soil. One who prostrates himself on the graves of the righteous and prays should not direct himself toward the deceased lying there. Rather, he should petition God, blessed be He, to show him mercy in the merit of the righteous who dwell in the dust, may their souls be bound in the bonds of life.

Let us sharpen Maharil’s idea a bit. Visiting a grave is about more than calling upon the merit of the righteous generically, though that is definitely part of what drives the dead rabbi tourism industry. Visiting the grave of a particular Jew offers a chance to meditate on his or her specific legacy, the way this saint changed the world and changed us. A visit to the grave of a historical figure who has inspired us or shaped us is a journey of self-discovery, a cathartic dredging of the soul.

This past February, I had an opportunity to visit the grave of Moreinu Franz Rosenzweig in Frankfurt am Main.[3] His grave is not (yet) a pilgrimage site, yet I was drawn to it, drawn to him, drawn not necessarily to what he thought, but to how he thought. As it happens, about a week later I was asked to join the editorial board of this exciting new project named for Rosenzweig’s adult education initiative, Lehrhaus. Now the Yamim Nora’im are upon us, and our site is about to launch, and I can’t help but think about Rosenzweig.

It is said that there are Purim Jews, Tisha Be-Av Jews, and Yom Kippur Jews. Rosenzweig was a Yom Kippur Jew—not just because of his “conversion” at the Potsdamer Brucke Synagogue, but because the holiest day on the Jewish calendar seems to have exerted a gravitational pull on the entire trajectory of his life. In 1917, he spent Yom Kippur in a Ladino-speaking Sephardic community in Uskub, Yugoslavia[a] (today Skopje, Macedonia)—a community of whom he said, prefiguring his later observations about Polish Jews and the ideas about halakha that he articulates in The Builders: “Their Jewish knowledge is nil, but the Jewish way of life is entirely natural to them” (Glatzer, Franz Rosenzweig, 51, 61). And it was on Yom Kippur in 1922, soon after Rosenzweig fell ill, that Ernst Simon, a Lehrhaus colleague, first organized the minyan that would continue to meet weekly in the Rosenzweig home until Franz finally succumbed to his paralysis in 1929.

One other description of the Yamim Nora’im is worth mentioning. Though it is allusion and metaphor, it is a stirring description of the process of teshuva—often translated as “repentance” but better translated as “return”—and establishes beyond doubt that Franz Rosenzweig was a true ba’al teshuva in the most literal sense.[4] He was a master of return, a man who recognized that he, along with his entire generation, was lost, was born lost, and managed to reorient himself and find his way home.

The letter was to Professor Friedrish Meinecke and was written in August 1920. Meinecke[5] had offered Rosenzweig a university lectureship in Berlin, and the latter declined in favor of founding the Lehrhaus. In the letter, he attempts to explain his decision:

It was then (one can speak of such matters in metaphors only) that I descended to the vaults of my being, to a place whither my talents could not follow me; that I approached the ancient treasure chest whose existence I had never wholly forgotten, for I was in the habit of going down at certain times of the year to examine what lay uppermost in that chest: those moments had all along been the supreme moments of my life. But now the cursory inspection no longer satisfied me; my hands dug in and turned over layer after layer, hoping to reach the bottom of the chest.  They never did. They dug out whatever they could and I went away with armfuls of stuff—forgetting, in my excitement, that it was the vaults of myself that I was thus plundering! Then I climbed back again to the upper stories and spread out before me what treasures I had found: they did not fade in the light of day. These, indeed, were my own treasures, my most personal possessions, things inherited, not borrowed!

It was the very same vision that animated his vision for the Lehrhaus. It was designed to “lead from wherever we are in life back to the Torah. We shall not disregard whatever we are, not renounce whatever we have acquired, but lead everything back to Judaism.”[6]

Perhaps, then, Moreinu Rosenzweig—and despite his deprecation of his own accomplishments in traditional Jewish learning,[7] he has taught us all—would smile at the idea of reciting a prayer for the success of this new venture at his grave. After all, Maharil, the hero of Ashkenazic custom, was part and parcel of that treasure trove that Moreinu Rosenzweig inherited, and graveside prayer—a customary, non-rational, natural expression of Jewishness—could easily be a manifestation of one’s excavation of his own soul. Thus:

May it be Your will, Lord my God and the God of my fathers, that I and my colleagues find success in this new endeavor, for Your sake, and for the sake of Your holy Torah. Help me find the path, and help me help others find the path, from Torah to life, and from life to Torah; to find eternity within the details, and the details of the Eternal. Unite us all in the pursuit of Jewish learning, so that we may embrace the whole of Judaism.  Permit me to return to You by returning to the treasures I have inherited from my ancestors, and help me appreciate that others may embark on similar journeys and discover very different treasures. In the merit of your servant, Moreinu Levi ben Shmuel, who translated and expounded Your Torah amid terrible suffering,[8] grant me the courage to face life’s challenges with humor, dignity, and common sense, and to heed, study, teach, observe, perform, and uphold Your Torah with love.

[3] Among German Jews, the honorific “Moreinu,” which literally means “our Teacher,” was given to a learned layman who has exhibited mastery of halakhic texts. As the gravestone shows, Rosenzweig was indeed awarded this title, though he did not publicize this fact during his lifetime. The plan to grant the title to Rosenzweig was initially conceived by Rabbi Nehemiah Nobel, but as Rosenzweig later wrote, “I told him right off that he had no idea how difficult my unlegalistic head would find the halakha.” Rabbi Nobel died young, and shortly thereafter Rosenzweig himself was diagnosed with ALS and knew that his time was limited. His only child, a son named for Rabbi Nobel, was born just a few months later. Thus, when Rabbi Leo Baeck offered the honorific, Rosenzweig accepted, not because he felt he deserved it, but because: “above all, there is my little boy, who will one day be called up to the Torah under this patronymic and there learn that his father, to whom it was not given to be his teacher, may yet, through ‘ours,’ be his teacher.” (Nahum Glatzer’s Franz Rosenzweig: His Life and Thought [130-1]).

[4] He was also a ba’al teshuva in the sense that he became observant later in life. There is some debate about whether he was “Orthodox,” which misses the point. He wasn’t Orthodox; he was frum. The difference can perhaps be explained by yet another metaphor that he used in a letter to his mother: in the 1850s, Empress Eugenie and Queen Victoria attended a theatrical performance together. They approached the railing in the royal box, thanked the audience, and sat down—Victoria, a royal by birth, sat down without looking around. Eugenie first glanced around the make sure a chair was there. Rosenzweig aspired to be able, like East European Jews, to sit down without looking around. For those still curious, yes, he kept kosher, kept Shabbat, and there was a mehitza at the minyan in his home.

[5] He later became a Nazi sympathizer. This has nothing to do with the present story, but it needs to be said all the same.

[6] This is from the opening convocation of the Lehrhaus, October 17, 1920. The entire address appears in Glatzer, Franz Rosenzweig (228-234). Needless to say, it is self-recommending.

[7] He indeed never truly mastered the Talmud. He first tried teaching himself Aramaic while stationed on the Balkan front during World War I, and studied Talmud daily, first with Joseph Prager, then with Rabbi Nobel. Once he was paralyzed, he preferred to study Talmud, because he spent so much time on each page that it was less burdensome for his nurses and attendants, who otherwise would have had to turn pages for him constantly. Nevertheless, he was largely unfamiliar with the Talmud when he wrote Star of Redemption, a fact which earned some criticism from Dr. Isaac Breuer (as well as others—including Rav Soloveitchik—who came from the world of the Talmud and did not think much of works of Jewish thought that were not anchored in the Talmud). Rosenzweig responded to Breuer: “When I finished the Star of Redemption I thought I would then have decades of learning and living, teaching and learning, before me, and that perhaps toward the end, when I had reached a hoary old age, another book might come out of it, and this would have been a book on the Law.” It is worth noting that The Builders, where he makes the case, contra Buber, that Jewish learning and Jewish observance are inseparable, appeared about a year before his correspondence with Breuer.

[8] In his translation of Tanakh, undertaken together with Martin Buber, they got through Chapter 52 of Isaiah. I like to think that the last years of his life, in their entirety, were a translation of Chapter 53.