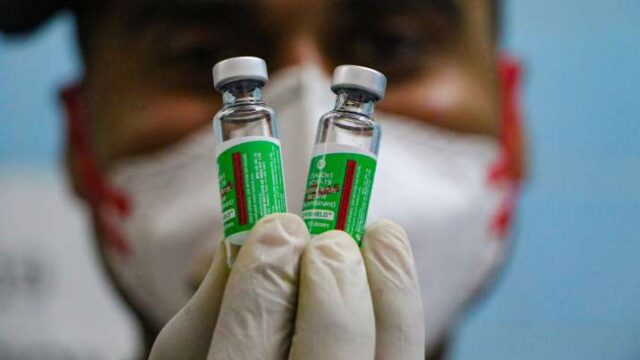 I enjoyed the article by my distinguished colleagues Sharon Galper Grossman and Shamai Grossman on the important question of whether high resource countries should provide COVID-19 vaccines to low resource countries or if they should instead use them as booster doses. For a variety of reasons, the authors conclude that Israel should focus on providing boosters to its own population instead of diverting the doses to other countries that have not yet vaccinated much of their populations at all. I have three brief comments to make in response to their essay in the spirit of mahloket le-shem shamayim—dispute for the sake of heaven: one halakhic, one scientific, and one moral.

First, all the teshuvot they quote deal with resource allocation among Jewish populations. It’s not at all clear to me what these halakhic authorities would rule if the choice was between Jews and non-Jews, and thus their respective positions might be irrelevant to the current discussion. One can certainly extrapolate from these teshuvot to the question of vaccine inequity, but the point needs to be clearly stated with the caveat that not everyone would agree to that extrapolation.

Second, a crucial issue in the current discussion is whether lack of vaccination in low resource countries will lead to new variants and thus long-term increased mortality in high resource countries. The authors only briefly address the question. But if this is indeed true, many of their arguments become moot because providing vaccines to low resource countries might be the right thing to do purely from a selfish perspective. In addition, there are potential global economic advantages which might be achieved if the whole world is vaccinated and can certainly impact life in Israel. Good medical ethics and medical Halakhah must begin first with the best medical evidence and scientific information and only then can we begin the ethical discussion. In the current case, we have to first determine whether ultimately we might even save more lives in Israel by providing vaccines to low resource countries rather than boosters to its own citizens.

Third, and perhaps most importantly, the authors pay little attention to the profound moral issues that even raising the question of vaccine equity entail. Why should we not start the conversation with a discussion of a Jew’s responsibility to save life and the supreme value of all human life in the ethos of Judaism?

The Talmud (Avodah Zarah 26a) rules that one is allowed to violate Shabbat to save a non-Jew because of the principle of eivah, meaning, to prevent non-Jews from hating and persecuting us. Rabbi Moshe Feinstein writes that this principle even allows one to violate a Torah prohibition (Igrot Moshe, Orah Hayyim 4:79). And shouldn’t the principle of eivah also apply on a national level, as the State of Israel is the homeland and representative political entity of world Jewry? Actions of the State can affect Jews around the world. For this reason alone, Israel would need to carefully consider the implications of keeping booster doses only for its own people.

But Rav Yehuda Amital went even further than Rav Moshe and maintained that a primary responsibility of a Jew is to sanctify the name of God in the world, and that this applies even more so on a national level. In his own words:

If the state of Israel would operate according to the rules of righteousness and morality this would be a national Kiddush Hashem and would be a fulfillment of the verse in Yechezkel 36:26: “I will sanctify My great name which has been profaned among the nations—among whom you have caused it to be profaned. And the nations shall know that I am the LORD—declares the Lord GOD—when I manifest My holiness before their eyes through you.”[1]

And what a Kiddush Hashem it would be in the eyes of the world if Israel took the lead by donating millions of vaccine doses to low resource countries instead of using its limited supply to provide a booster to its citizens. According to Rav Amital, the question of Kiddush Hashem should also be part of the halakhic discussion. In fact, it should be a factor in all of Israel’s dealings (e.g., arms sales, responding to climate change, etc.) if we take seriously our charge to be “a kingdom of priests and a holy nation” and a “light to the nations” instead of just another country in the world.[2]

I understand these might be unrealistic and utopian expectations, but if they are not even part of the halakhic conversation, the damage is more to us than to our neighbors and says a lot about who we are and who we have become.

The authors cogently demonstrate that a government has primary responsibility to protect the lives of its citizens. But in light of our discussion above and assuming—as the authors appear to—that it is actually possible to transfer vaccines to countries which might lack a robust healthcare infrastructure, it is less clear why they so easily dismiss the potential to save millions of lives with the transfer of vaccines. They maintain that “a booster program that would cover roughly 155,000,000 Americans would provide vaccine coverage for 77,500,000 worldwide if the US were to divert those boosters to poor countries. This amount would not go far to protect the nearly 5,000,000,000 unvaccinated people worldwide who require 10 billion doses to achieve immunity.” True, but it could protect 77 million people.

This brings to mind something Rabbi Shlomo Riskin once wrote. Many years earlier he had once asked Rav Joseph B. Soloveitchik if a Jewish physician is allowed to violate Shabbat to treat a non-Jew. The Rav answered him that a Jew certainly is required to do so based on Ramban “and a clearly stated verse in the [Torah]”. Rabbi Riskin writes that though he never asked the Rav to precisely identify the sources, he felt reasonably certain he later found the passage in Ramban the Rav was referring to in his commentary to Rambam’s Sefer Hamitzvot. There, Ramban rules based on Leviticus 25:35—which commands a Jew to look after the welfare of a resident non-Jew in the Land of Israel—that a Jew is obligated to save a righteous gentile, even on Shabbat. (Additions to Sefer Hamitzvot, “Positive Commandments that the Rambam Neglected,” 16.) And Rabbi Riskin thought the verse the Rav was referring to was, “And God created man in His image, in the image of God He created him; male and female He created them.” (Genesis 1:27).[3]

While my contentions certainly have halakhic relevance, most important is their educational message. Have we taught and modeled to our children and students the fundamental lesson of Judaism that all life is equally valued and important to our Father in Heaven? The authors write, “All governments, and especially a Jewish State, must protect against even remote risks to their citizens, and prioritize the welfare of their citizens over the welfare of those in other countries.”

And yet, these days, we cannot discuss the issue without first recognizing the basic equality of all people before God. This in conclusion is what I feel is missing from the authors’ illuminating presentation of a complex and crucial contemporary ethical and moral dilemma.

[2] While not exactly the same issue but certainly related, Rav Aharon Lichtenstein and Rav Dov Lior debated fiercely the issue of the responsibility of the IDF to avoid civilian casualties during wartime. Rav Lichtenstein felt strongly that Torah values and natural morality dictate that the Israeli army take the utmost care to avoid civilian casualties while Rav Lior felt that under no circumstances should an Israeli soldier be put at risk in order to avoid potential civilian casualties. For further discussion see “War and Morality,” (Hebrew) Tehumin 4 (1982): 184-85.

[3] But see also this response to Rabbi Riskin, which questions Rabbi Riskin’s understanding of the Rav’s words.