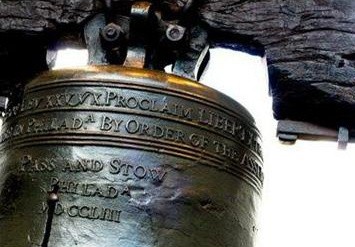 The final two Torah portions of Vayikra/Leviticus, Behar and Behukkotai, conclude a book largely oriented around rituals relating to the Mishkan or Tabernacle of the desert, the template for the future Holy Temple in Jerusalem. Many of Vayikra’s laws concern purity and impurity as they pertain to sacrificial worship in the Mishkan. Yet, the book’s final chapters extend this concern outside the precincts of the Mishkan, to encompass the sanctity of time and of place more broadly. The beginning of Parshat Behar discusses the sanctity of time in regard to the seventh day of each week, the Sabbath, the day of rest. Then, using similar language, the text introduces Shemitah, the requirement to allow the land of Israel to rest every seventh year. In fact, the language of “rest” punctuates the entire ending of Vayikra. Immediately when the Israelites enter the Land of Israel, God ordains that the land itself will observe a “sabbath of the Lord” (this referring to Shemitah).

The commandment to rest, both individually and nationally, does not appear for the first time in Vayikra. Both the commandments of Sabbath and of Shemitah appear earlier in Shemot. A comparison of the respective presentations of these commandments in each book sheds light on the paradox at the heart of what it means for the Jewish nation to rest as a society founded upon God’s order.

In Vayikra, the commandments of the Sabbath and Shemitah are also extended to a third and more comprehensive dimension: the Yovel or Jubilee year. Every 50 years, after seven Shemitah cycles of seven years each, the people of Israel are required to sound a Jubilee year. At this time, as in a Shemitah year, working the land is prohibited. In addition, sold real property reverts to its original owner, outstanding monetary debts are erased, and slaves are set free. The quote inscribed on the Liberty Bell in Philadelphia, “And thou shalt proclaim liberty in the Land for all its inhabitants,” derives from the Yovel as described here in Vayikra. This invocation of the Jubilee year might lead one to assume the underpinnings of the mitzvah are, at heart, economic or social. In truth, the relevant context in Vayikra is almost purely theological. As God declares (25:23): “But the land must not be sold beyond reclaim, for the land is Mine; you are but strangers resident with Me.”

In his haunting final album, You Want It Darker, the late musician Leonard Cohen seemed to intuit this loftier dimension of the Jubilee year in the song “Treaty.” In the song he laments a love story that went wrong, likely due to the fault of the singer:

I wish there was a treaty we could sign

I do not care who takes this bloody hill

I’m angry and I’m tired all the time

I wish there was a treaty

I wish there was a treaty

Between your love and mine

In a relationship where love went unchecked and then went awry, Cohen imagines what it would have been like to have proper boundaries, some kind of “treaty” where each party could understand his or her role. The song contrasts his regret over the past with a mildly ironic invocation of Yovel, the Jubilee:

We sold ourselves for love but now we’re free

I’m sorry for the ghost I made you be

Only one of us was real and that was me

Even though both parties are now freed from their dysfunctional relationship, freedom doesn’t have quite the taste he might have thought it would. For Cohen, the promise of the Jubilee, of a fresh start, is empty when contrasted with a life in which the wrong choices were made and a person was hurt beyond reparation. True rest is imagined less as a break from the past but a crowning achievement of a life well lived. And this ideal conception of Jubilee escapes the singer, even if he is technically free.

A look back to the Book of Shemot reveals a rather different framing. When the Shemitah year is presented in Exodus 23:11, it is described in the context of laws regarding civil society — the importance of honest testimony in a court and proper treatment of one’s fellow men: “Six years you shall show your land and gather in its yield, but in the seventh you shall let it rest and lie fallow. Let the needy among your people eat of it, and what they leave let the wild beasts eat.” Even the Sabbath, here prescribed immediately after Shemitah, is presented in a social context: “Six days you shall do your work, but on the seventh day you shall cease from labor, in order that your ox and your ass may rest, and that your bondman and the stranger may be refreshed.”

In contrast to Vayikra’s, and even Leonard Cohen’s spiritual framing of the various Sabbath institutions, their presentation in Shemot assumes that “rest” has primarily a social utility. Letting one’s land lie fallow in the seventh year is an opportunity to share one’s largesse with the neediest among us. The Sabbath itself is an opportunity for hard working human beings, and even beasts, to rest and be refreshed.

What then is the nature of the Shemitah year, and the nature of Sabbath as well? Do these institutions operate within the fabric of society, or are they meant to take us beyond it? Is the Sabbath a welcome break from the real work of living our lives, or is it the ends toward which our lives are directed? It seems likely that the answer must be: a little bit of both. After the ominous warnings at the end of Leviticus, where the Land will make up its Sabbath years absent of the Jews who inhabit it, a portrait of life without “Sabbath rest” follows:

As for those of you who survive, I will cast a faintness into their hearts in the land of their enemies. The sound of a driven leaf shall put them to flight. Fleeing as though from the sword, they shall fall though none pursues. With no one pursuing, they shall stumble over one another as before the sword (26:36).

A landscape without Sabbath involves constant weariness and constant pursuit, without any sort of constructive end in sight. What’s missing here is not only physical rest, it’s also a kind of soul-rest. This is the kind of rest that Cohen longs for in his song “Treaty” and fails to find. The Israelites in this scenario are not pursued by actual enemies, rather they are vexed by their own emptiness and distance from God and one another. The absence of Sabbath is not only the lack of a break from the vicissitudes of life, it is the lack of purpose and end toward which one’s life might be directed.

The juxtaposition of the Shemot and Vayikra accounts of the Sabbath and Shemitah illustrates the manner in which these institutions can function on separate planes, both earthly and transcendent, at the very same time. It also demonstrates that, contrary to two-dimensional economic or political interpretations of the Torah, social policy is not the ultimate concern of our tradition. Vayikra revisits the social and economic commandments of Shemot and adds a new dimension connecting back to the kedushah, holiness, of God’s original Sabbath.

The layering of holiness atop socioeconomic reality at the end of Leviticus specifically points toward an even higher endpoint where the pursuit of human advancement and the pursuit of holiness work hand in hand with one another. This state of holistic oneness with God, we could call it taharah, is achieved through the optimal structuring of social and economic reality, as well as a consciousness of how that reality fits into a wider context of holiness and a living relationship with God.

It’s interesting to consider that the Jubilee is only presented in Vayikra. As the American founders intuited, there’s a profound social/political message contained within the call to freedom of the Jubilee year, both in regard to human servitude and even the need for the land itself to return to its ancestral owners. Surface level political readings of Biblical concepts like the Jubilee often seek to locate statist or collectivist values in the Biblical text in order to justify modern political policies of a secular state.

Yet, in the Tanakh, these expressions of liberty are inextricable from a larger theological framework in which God’s dominion over the world is emphasized and human beings are reminded of their temporary and transitory status. It is no coincidence that the most acute expression of human freedom articulated in the Bible, Jubilee, is found in precisely the context where human beings are most reminded of their obligations and responsibility toward God. Without these obligations, concepts like freedom, rest, and the Jubilee, cannot find their full realization:

The fields are crying out, it’s Jubilee

We sold ourselves for love but now we’re free

I’m sorry for the ghost I made you be

Only one of us was real and that was me