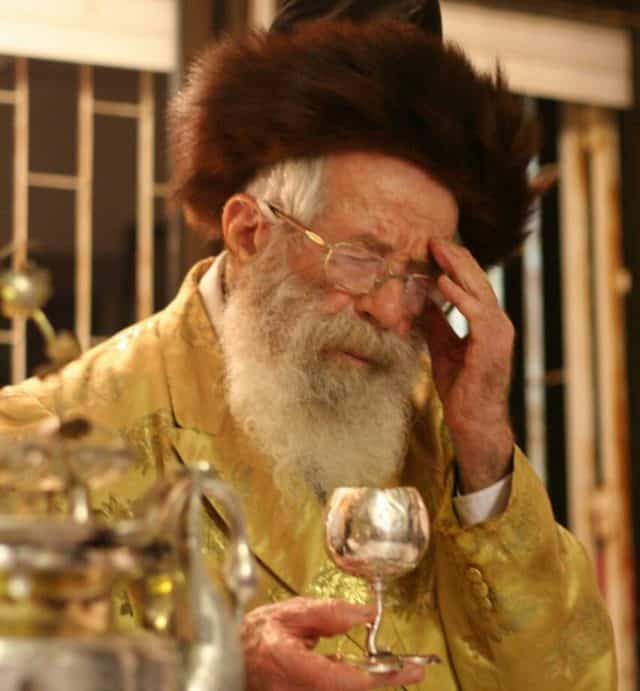 [Editors’ note: In an article published at Lehrhaus on Yom Ha-atzma’ut, Rabbi Ariel Rackovsky challenged our readers to become more familiar with Israeli thinkers, leaders, and writers. We will try to take his challenge seriously. To that end, we offer our readers this translation of an obituary for Rabbi Prof. Yisrael Friedman Ben-Shalom, penned by his student Yakov Z. Mayer, a young Israeli writer and scholar.

Yisrael Friedman Ben-Shalom, the Rebbe of Peshkan (Pascani, Romania), who passed away at the age of 93 on 5 Iyar, 5777 (May 1, 2017), was a Hasidic rebbe, a historian, and a socialist. A scion of the Ruzhin Hasidic dynasty by direct, patrilineal descent from Rabbi Yisrael of Ruzhin, he was born into his grandfather’s Hasidic court in Bohush (Buhusi), Romania.

When he arrived in Eretz Yisrael, he joined the secularist, socialist Hashomer Hatzair, and together with his wife, Tziporah, the daughter of the fourth Vizhnitzer Rebbe, Rabbi Hayim Meir Hager, he moved to Kibbutz Reshafim, where he served as the secretary of the kibbutz. They later moved to Kibbutz Sa’ad, and he became a professor of Jewish history at Tel Aviv University and at Ben-Gurion University. Ultimately, he moved to the Gilo neighborhood of Jerusalem, where he established an “urban kibbutz” and the “Beit Yisrael” pre-military academy.]

Every Sunday, a few hours before sunrise, we would gather together—disciples of all ages and from different places—to study in the “kolel” at the home of Yisrael Friedman Ben-Shalom. We studied Talmud, and every sage mentioned in the Mishna or Gemara was richly portrayed, in fulfillment of the dictum of Rav Gidel: “One who relates a statement in the name of its author should envision the author of the statement as though he is standing before him” (Yerushalmi Shabbat 1:2 and elsewhere). To perceive the author of the statement, Yisrael said, one must imagine the teachers and disciples of the statement’s author. Where did he live? Where did he study? Who did he marry? Who were his children? What did he eat, drink, and wear? What did his beard look like? No detail is too marginal, no angle unexplored. Envisioning the author of the Talmudic statement before us was not simply a trick to spice up our learning; Yisrael taught us that this is how Hasidim learn Gemara. Through Yisrael’s eyes, envisioning the author of the statement became a way of learning that was also the goal of learning, a way to cleave to a tzaddik. When Yisrael called forth the images of the Talmudic discussants, we saw how he was there with them, and we believed that their lips were whispering from the grave. Once, when leading a tour of ancient Tzipori (Sepphoris) for his students, he was asked about the Byzantine church standing at the site. He answered: “I don’t know. It’s after my time.”

In a certain sense, Yisrael’s book, The House of Shammai and the Zealots’ Struggle Against Rome (Jerusalem: 1994), does exactly that. He enters the era and describes Beit Shammai within its historical context. He viewed Beit Shammai’s zealotry as a continuation of the tradition of their fathers, the Maccabee zealots. He discusses Beit Shammai’s rulings and shows that they have social and political implications that can be clarified only through profound familiarity with their time and place. He wrote, in the wonderful epilogue of that book (p. 229):

We do not view Beit Shammai and Beit Hillel as political parties with defined platforms, which direct their members and supporters toward a planned and organized struggle to attain and realize their goals. When we speak of Beit Shammai’s followers, for example, we must imagine the masses first and foremost: farmers and craftsmen, following their ancestral way of life, ensconced in their work, their daily lives, whether weekday or festival…. Neither the sages of Beit Shammai nor their disciples should always be viewed as active rebels against Rome, but they should certainly be viewed as people with spiritual and emotional tendencies that primed them for an atmosphere of zealousness and led to their ranks producing groups of fighters with an ideology of pure zeal and an exacting moral level.

The House of Shammai was like the House of Ruzhin, an elitist Hasidic court whose purpose was to push the entire community ever higher in their service of the Almighty—not necessarily to become active fighters, but certainly to present an alternative to the standard options.

The Hasidic scholastic principle of envisioning the author of the statement was transformed, in Yisrael’s hands, into a critical, academic method. He once responded to a challenge from a source in the Babylonian Talmud by saying: “I know Rabbi Akiva. I know that he couldn’t say anything of this sort. It’s just the Bavli that remembers him this way, through the lens of Babylonian operating assumptions. If you go back to the sources from Eretz Yisrael, you will find a different Rabbi Akiva.” Hasidic familiarity with the author of the statement merged with philological and historical study to reify the meaning of the dry words and go through them to what lies behind them—the living tzaddik. 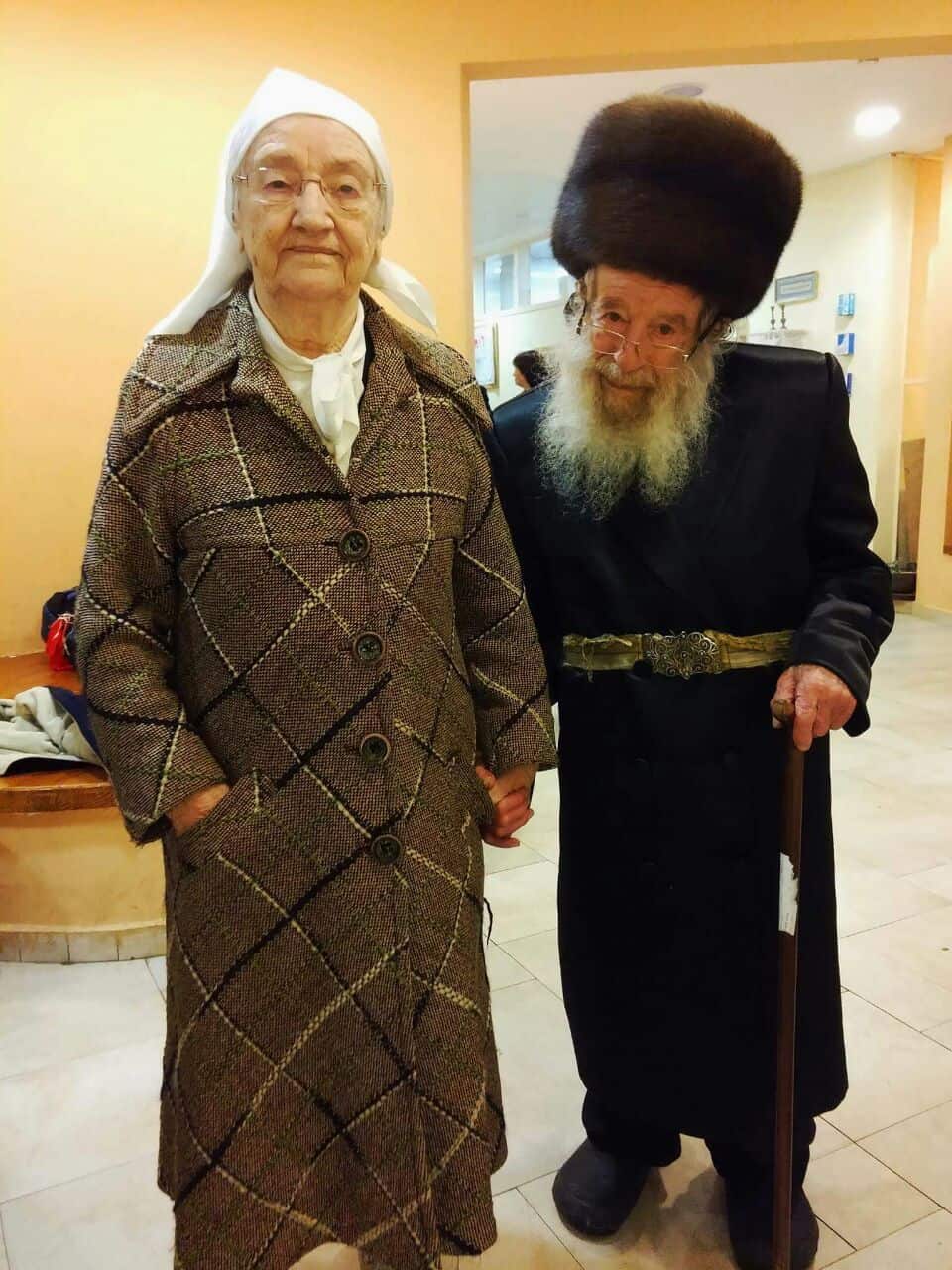 “My fathers taught me,” he would always say, “that it takes two to argue.” Yisrael Ben-Shalom was indeed a man of peace and of love for Israel, but, as in his book on Beit Shammai, which he portrays as a profound spiritual alternative to Beit Hillel’s conciliatory stance, and as in the Hasidic court he established, polemics were always covert but ever-present. On very rare and precious occasions, the disputes spilled out into the open. Rabbi Haim Navon once published an article in Akdamot, in which he argued against academic Talmud study and in favor of yeshiva-style creative, innovative interpretation—“hiddush”. He claimed that the main purpose of yeshiva study is creativity, whereas academic study focuses on textual and philological questions, concluding that, “textual pedantry is a tried-and-true formula for creative sterility.” According to Navon, yeshiva-style creativity is obstructed by focus on the text and by history and material reality. The Torah must be “cleansed” of considerations that are not pure abstractions, Navon wrote, quoting Rav Soloveitchik:

The cleansing of halakhah from irrelevant considerations ensures that halakhah remains a system of abstract legal concepts, “an ideal world, enfolded within its own self-concept, finding its value and purpose within its own four ells and in the relationships between abstract essences” (Divrei Hagut Ve-ha’arakhah, p. 75). As we have explained, an ideal world such as this ensures constant, unending creativity and prevents one from deviating toward the attitude of the academic scholar, the outside observer.

I don’t think anyone took Navon’s article as seriously as Yisrael did. He read it carefully, and he became ferociously angry (he took his glasses off and then put them back on—that’s how angry he was). “One should read this article,” he said, “to understand how not to learn. One who learns this way”—here he pointed to marked-up copy of Akdamot in his hand—“is not studying Torah. He is studying himself. He is a slave to his own novellae. This is ego-worship, not God-worship. He understands neither the statement nor the speaker. This is not Torah study for its sake, but Torah study for his sake, for the sake of the learner. Instead of defeating his ego, turning his ‘ani’ into ‘ayin,’ he has enslaved himself to his ego. This is not our way. We try to make ourselves transparent so that the light of others can illuminate through us.”

His rejection of Brisk-style abstractions was not done in the name of academic study—he once said that the academy has the power to suck out one’s soul, so if someone survived it, he either has no soul or has a soul that is so deeply embedded that it does not want to come out. He did not sing the praises of the academy, but of Hasidic Torah study, which is connected in so many overt and covert ways to academic-historical Torah study, which presents a real alternative to Lithuanian, “Brisker” yeshiva learning. Perhaps the most important connection between them is the attempt to understand each figure in context; to see every aspect of the “earthly kingdom” as a reflection of the “kingdom of heaven”; to understand the humanity of the Tannaim, their real responses to social and political circumstances, the laws and enactments that they set forth to enable simple, flesh-and-blood human beings to become part of the Divine Self, without anyone falling through the cracks.

There was an order to the studies: Mishna, Tosefta, Yerushalmi, Bavli. A clear preference was given to Eretz Yisrael sources over Babylonian sources. In the footsteps of the Tannaim and Amoraim, he guided us along the highways and byways of the Gemara, which were, for him, as familiar as the pathways of Eretz Yisrael. During the course of a lesson, he drifted, with intense concentration, from halakhah to aggadah and back. The relationship between them, he once told us in response to a student’s question, is like a hike through Nahal Amud: the stark cliffs of the Upper Galilee slowly give way to the rolling hills of the Lower Galilee, and it is impossible to indicate exactly where one ends and the other begins.