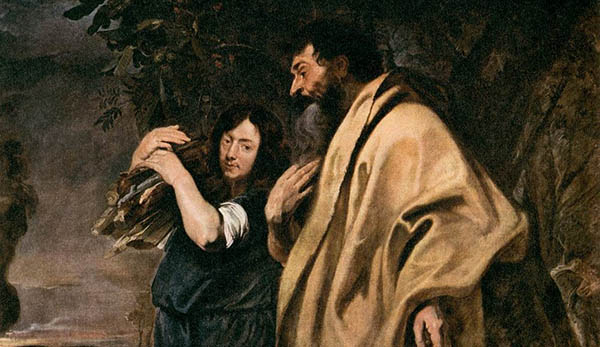 After minhah at school one day, two boys decided, for reasons known only to teenage boys, to drop and do push-ups on the synagogue floor. One boy, from a well-heeled, non-observant family, attended the Jewish high school because, among the prep-school options, it was not a bad choice, and he could start on the basketball team. The other boy, the son of a prominent local Orthodox rabbi and among the eldest of a dozen or so siblings, was enrolled in the school after things didn’t quite work out at an out-of-town yeshiva.

One of the school rabbis walks over to the boys and instructs them to stop. He then turns specifically to the rabbi’s son and says, “You should know better.”

As I watched this scene from a distance, I noted the look of pain, jealousy, and anger on the face of the rabbi’s son. He wanted nothing more than to be like the other boy. It wasn’t just the money, though it was hard to ignore the brand new SUV that the other boy got for his sixteenth birthday and upgraded it (“pimped it out,” in the language of the time) with thousands of dollars’ worth of rims and subwoofers and whatnot. It wasn’t just the looks, the clothes, the ease with girls, or the basketball prowess.

It was the complete lack of expectations. No one ever told that other boy: “you should know better.” When he did push-ups on the synagogue floor, ate treyf, drove on Shabbat, fooled around with his girlfriend, there was no guilt, no voice inside or outside of his head saying, “You should know better.”

So when that school rabbi walked over and said, only to him, “You should know better,” it was like a punch in the gut. But the rabbi’s son held back, moved on, went to class. After all, he did know better.

This is the story of Yitzhak. He was Avraham’s son. That is how the Torah introduces us to him: “These are the descendants of Yitzhak, son of Avraham: Avraham sired Yitzhak.” There is apparently so little to say about him that the Torah must repeat the obvious fact that he’s his father’s son right away. His identity is so derivative of his father’s that even the story of his progeny begins with his father. His father sired him, cast away his oldest son to protect him, and picked a wife for him. Avraham heard God calling and answered the call, but Yitzhak was the one who ended up with the knife at his neck.

And indeed, Yitzhak shows very little originality in his actions. He did what his father did. He dug the same wells, used the same lines on the same kings, and made the same deals. He is credited with being the first to daven minhah, but maybe he just overslept and missed shaharit, the morning prayers instituted by his father. It happens even to rabbis’ kids occasionally, though they know better.

Yitzhak was the first “frum from birth” (FFB), the first rabbi’s kid, the first Jew to be born with responsibility, with expectations, with a charge to be a link in a chain and keep the flame alive. The short shrift he gets in the Torah prefigures the dearth of FFB literature today. Ba’al teshuva lit has a market. “OTD” lit is all the rage. But what is there to tell about the FFB? That he went to school and became an accountant, like his father before him, so he could afford to send his kids to day school, like his father, and impress his expectations on them, like his father did, so that if all goes according to plan his kids can do the same for his grandkids? With no dynamic character, with no clear beginning, middle or end, this is not even a story.

Yitzhak faced the same problem that still faces rabbis’ kids, FFBs, and, to an extent, the child of anyone who is seen as a role model, as someone whose footsteps are worth following: how much of me is me, and how much of me is an embodiment of the hopes, expectations, and demands of my parents? Can I honestly say “this is my God,” or only “the God of my fathers”? When one is habituated to do things a certain way from a young age, there are no external benchmarks by which one can chart personal development. On the outside, all appears the same. So the only way to learn where my predecessors end and I begin is through intense, grueling introspection.

Not necessarily, says the Alter:

Avraham, who lived among misguided idol-worshippers, immediately discerned and understood that they are lost, and so he began to search for truth, delving deeply into it. He thus found the truth. Yitzhak, however, was a tzadik ben tzadik. The road had already been paved for him by Avraham; for him it was old. Yet he delved into it as though it were new (Be-ikvot Beit Abba – Tzefunot Ha-mussar Vol. 2, p. 166, no. 154).

Yitzhak was not merely a ben tzadik, the dutiful son of a righteous man. He was a tzadik ben tzadik. He found that the wellsprings that his father dug were blocked, so he struggled against adversity, dredged them up, and made them his own.

The story of the rabbi’s son is still boring. FFB lit will never make any bestseller lists. We will probably internalize those expectations and pass them on to the next generation. But along the way, invisible to the naked eye, many of us will face an identity crisis and choose the path of Yitzhak, the man who blazed our trail by not blazing a trail.