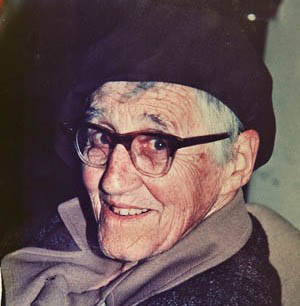 This Shabbat (5 Nissan), marks the twentieth yahrzeit of Professor Nehama Leibowitz. The occasion presents a good opportunity to reflect on what she meant to me, as someone who had the privilege of spending ten years—1999-2009—writing her biography, and to the world in general.

The erudition and impact of this twentieth century Jewish legend is well-known. She significantly changed Tanakh study for modern Jews across the board, by systematizing the approach to the traditional commentaries and helping us to understand what they were trying to do. Her interests and expertise encompassed the literary approach, midrashic materials, commentaries (classic and modern), general literature, Hebrew language, and more.

At a time when access to such materials was not a simple matter—both physically, in terms of obtaining books and articles, and also in understanding what was written—reading Nehama Leibowitz amounted to an education in itself, a broadening of horizons that could prove extremely transformative. In successfully straddling the worlds of academia and traditional Torah teaching, she was a role model for those who are loathe to relinquish one for the sake of the other.

Absent from her work almost entirely, however, are the sciences (biology, geography, zoology and other realia), philosophical writings. Hasidic and kabbalistic works are also missing. It is to the last category that I would like to devote my attention.

Writing about Nehama Leibowitz was an education and a pleasure. I had daily cause to be immersed in high-quality Torah and an ethical way of thinking, to meet with teachers, rabbis, and wonderful lay people. One of my chief personal challenges, though, aside from the sheer scope of the work (Nehama lived a long life and was extremely active, bless her, and so the book took ten years rather than the expected two!) was spending all my time confined to her bookshelves alone.

Many Jews, it seems to me, live primarily on a particular library bookshelf. Some live on the feminist bookshelf with Blu Greenberg. Some on the philosophical bookshelf with Yeshayahu Leibowitz. Some on the historical-sociological bookshelf with Marc Shapiro. Some on the Talmudic bookshelf with David Weiss-Halivni. Many thrive on the Lomdus bookshelf with the Talmud, Rashi, Tosafot and Reb Hayyim of Brisk. Still others stay closest to the Tanakh bookshelf—with Abravenel and Hirsch or with more modern texts like Daat Mikra and Rabbi Yoel Bin-Nun. Of course, many enjoy crossing back and forth between bookshelves; but if you, the reader, reflect carefully, you will be able to identify the shelves you frequent and those whose dust remains undisturbed in the house of your mind.

Nehama lived on several shelves. As anyone who entered her home can testify, she owned hundreds of books, in several languages.

But one shelf on which she spent barely any time was the one that made space for the Zohar, the Baal Shem Tov, Toldot Yaakov Yosef, Rebbe Nahman, Tanya, Mei Hashilo’ah and those who might be termed part of “neo-Hasidism.”

And this is my beloved shelf.

I am the product of an intermarriage. My father came from pure Mitnagdic/Litvak stock—we hail from Brisk and my grandfather was even named Joseph Dov, surely not coincidentally. My mother descends from a Chabad line going back to the earliest days of that hasidic dynasty. Predictably, I emerged split between the two—with an analytical and critical brain, and a mystical, psychospiritually orientated soul. It’s not a bad combination. It meant, though, that spending all my days focusing on Nehama for so many years left me with thirst in my soul, to paraphrase the Chabad song, and feeling religiously amputated. To that extent, it was a relief to finish the project and have the time and energy to delve into that rich and multifaceted world that nourishes me spiritually.

This discussion bears significance far beyond my own small self and its discontents. Let me raise an intriguing question: what causes a person to gravitate towards certain materials and feel apathy or alienation towards others? Intuitively, I’d suggest three elements at play: their own personality, the specific culture in which they grew up, and the broader zeitgeist of the western world at the time.

Nehama’s personality did not lack passion—one senses it in her writings. Though a Litvak, she was not dry. Her culture, though, being highly Germanic, certainly would have encouraged her to stay far away from the bookshelf of those strange, outlandishly non-rational Eastern Europeans. And in terms of zeitgeist, Nehama started her life in one and ended it in another. When she began teaching, in the 1930s, the modern emphases of science, academia, and collectivism were dominant. By the time of her passing in 1997 a new era had been ushered in in the West (Zionism meant that Israel was on a slightly later schedule, I think) of individualism and the search for the personal, meaningful, emotional, and psychospiritually sophisticated. Nehama did not embark on that boat. Her ship had already sailed. Her Torah was already firmly set many years before.

I wouldn’t go so far as to say that today Nehama is “out”—she is still studied and serves as a role model for bat mitzvah projects and the like. But a popular shiur today is far more likely to be on Rabbi Nahman than on Professor Nehama. Hasidut is “in” now, and many of today’s popular Torah teachers with a Hasidic orientation—at least within the Israeli context with which I am more familiar—probably have not one book by Nehama Leibowitz on their shelves.

Hasidut’s own metanarrative holds that it will continue to be “in,” and never go out of style, because this is the Torah of Messiah, and we are already in the Messianic age, the age of redemption. The Messiah’s promise to the Besht that he would come “when your wellsprings are disseminated” is manifesting before our very eyes, with the explosion of popularity of the study of Hasidut and living inspired by its vibe.

Historians, by contrast, might posit that the pendulum will swing again, and the personal/psychospiritual will go out of fashion. At that point, it may be that the Nehama Leibowitz school will be exactly what people are looking for: Torah that is down to earth and modest, articulate and clear, sophisticated yet accessible, inspiring and full of integrity, literary, broad and deep. Torah that is fruit of a lifetime of devoted teaching by a woman who deserves the title not only of “scholar” but also of “tzadeket.”

Time will tell. I am guessing that our generation will live to see the answer to this question. I for one am fascinated to see.

May her memory and legacy be for a blessing.